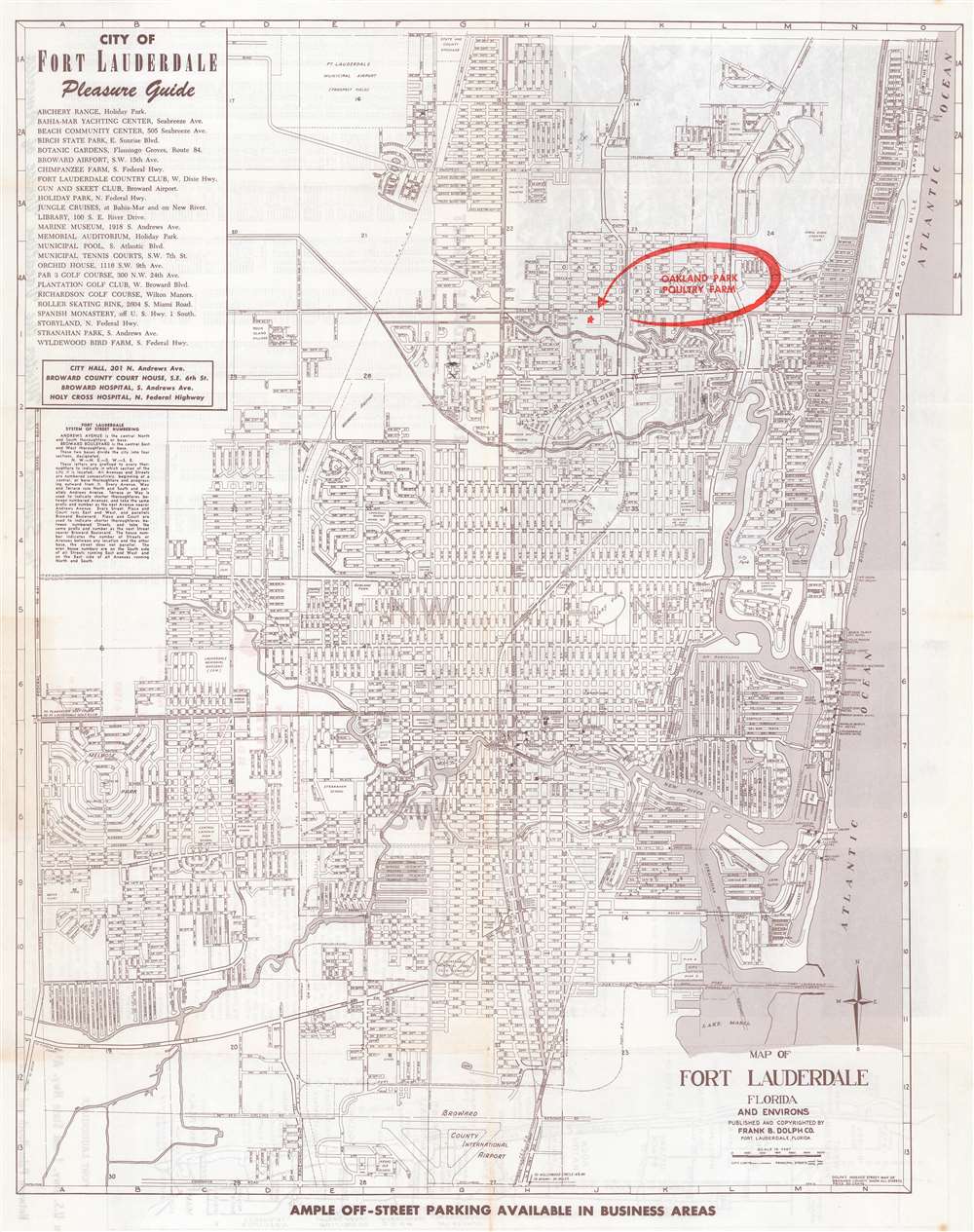 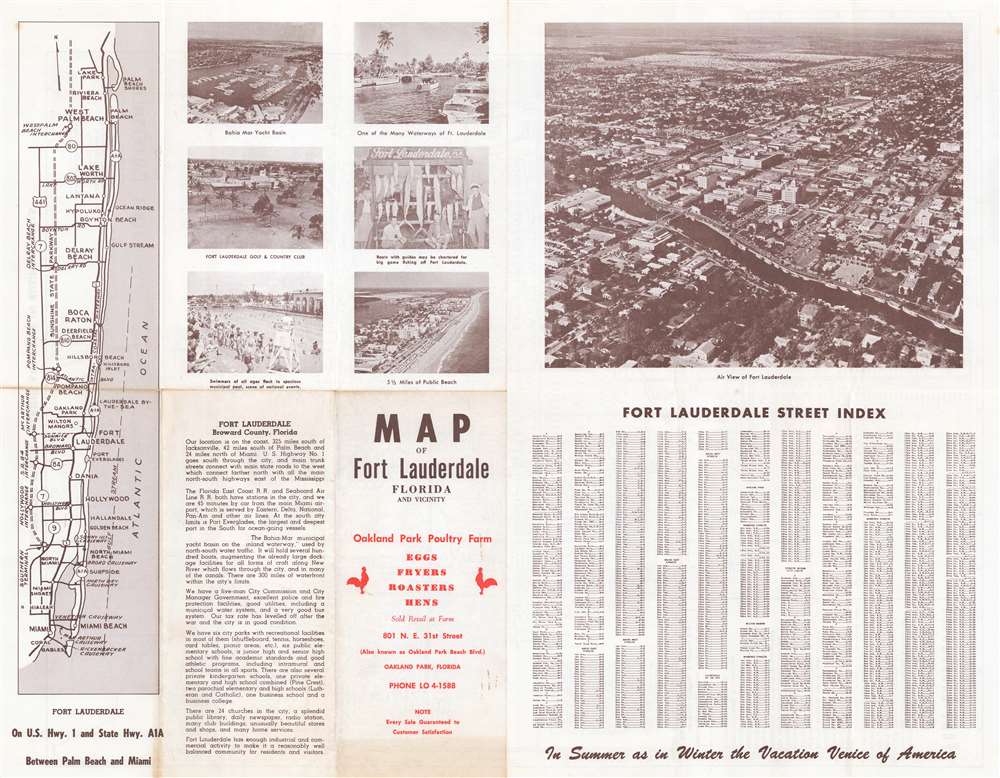 This is a c. 1947 Dolph Map Company city plan or map of Fort Lauderdale, Florida. The map depicts from Northeast 56th Street south to the Broward County International Airport (now Fort Lauderdale-Hollywood International Airport) and from Federal Highway 441 east to the Atlantic Ocean. Schools, hospitals, parks, shopping centers, and a handful of government buildings are labeled. The Florida East Coast Railroad line cuts through the center of town. The most eye-catching detail is the red overprinting emphasizing the location of the Oakland Park Poultry Farm.

While the Oakland Park Poultry Farm would be a good way to date this piece, the proposed Fort Lauderdale Municipal Airport proved to be the best indicator. The airfield was built in 1941 to train navy pilots during World War II. In 1947, the federal government deeded the airport to the city of Fort Lauderdale.

This map was created by the Dolph Map Company and published c. 1947 as a promotional piece for the Oakland Park Poultry Farm. We have been unable to locate any other surviving examples.

Very good. Exhibits light wear along original fold lines. Exhibits a handful of manuscript notations. Text and map of surrounding area on verso.
Looking for a high-resolution scan of this?