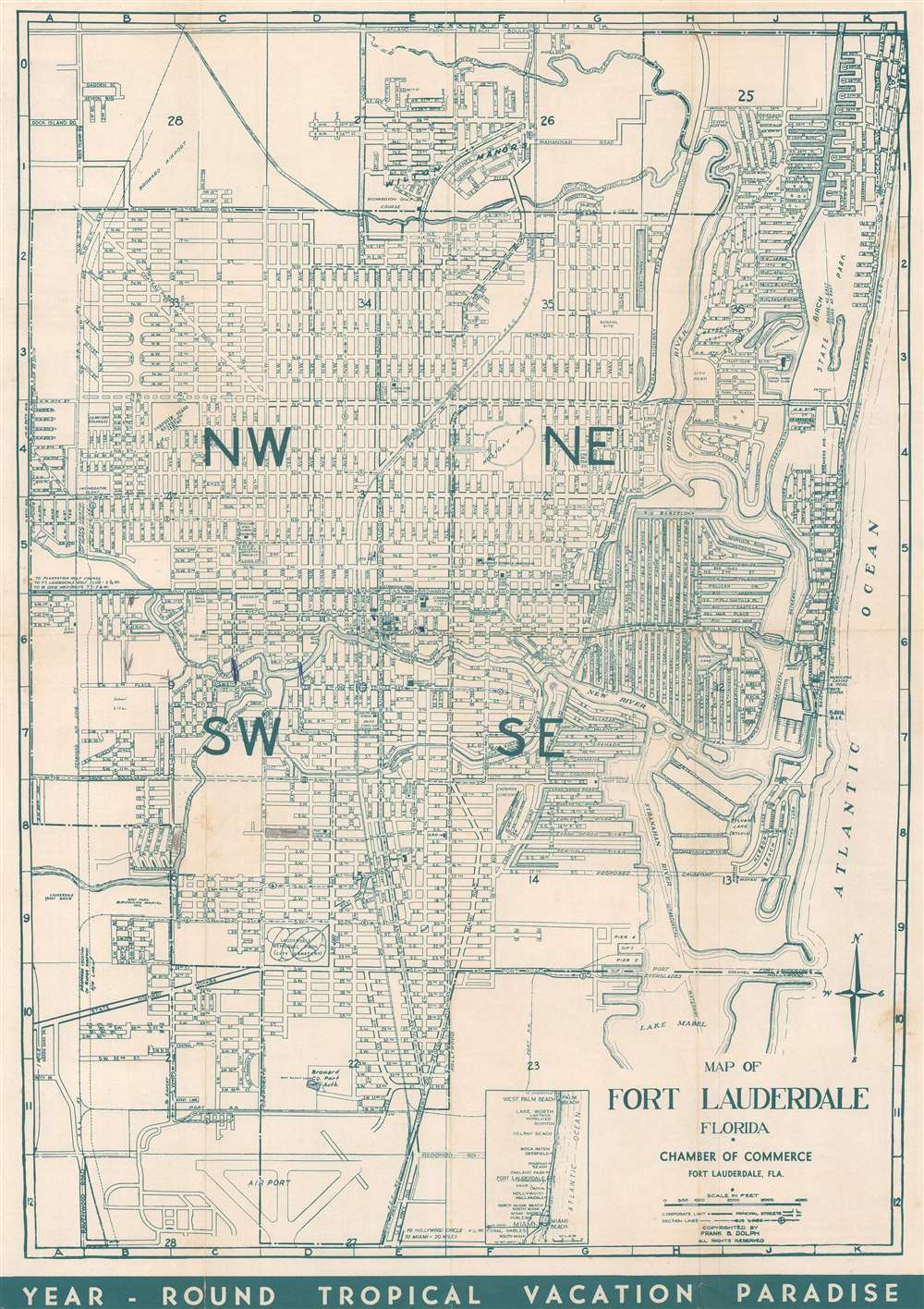 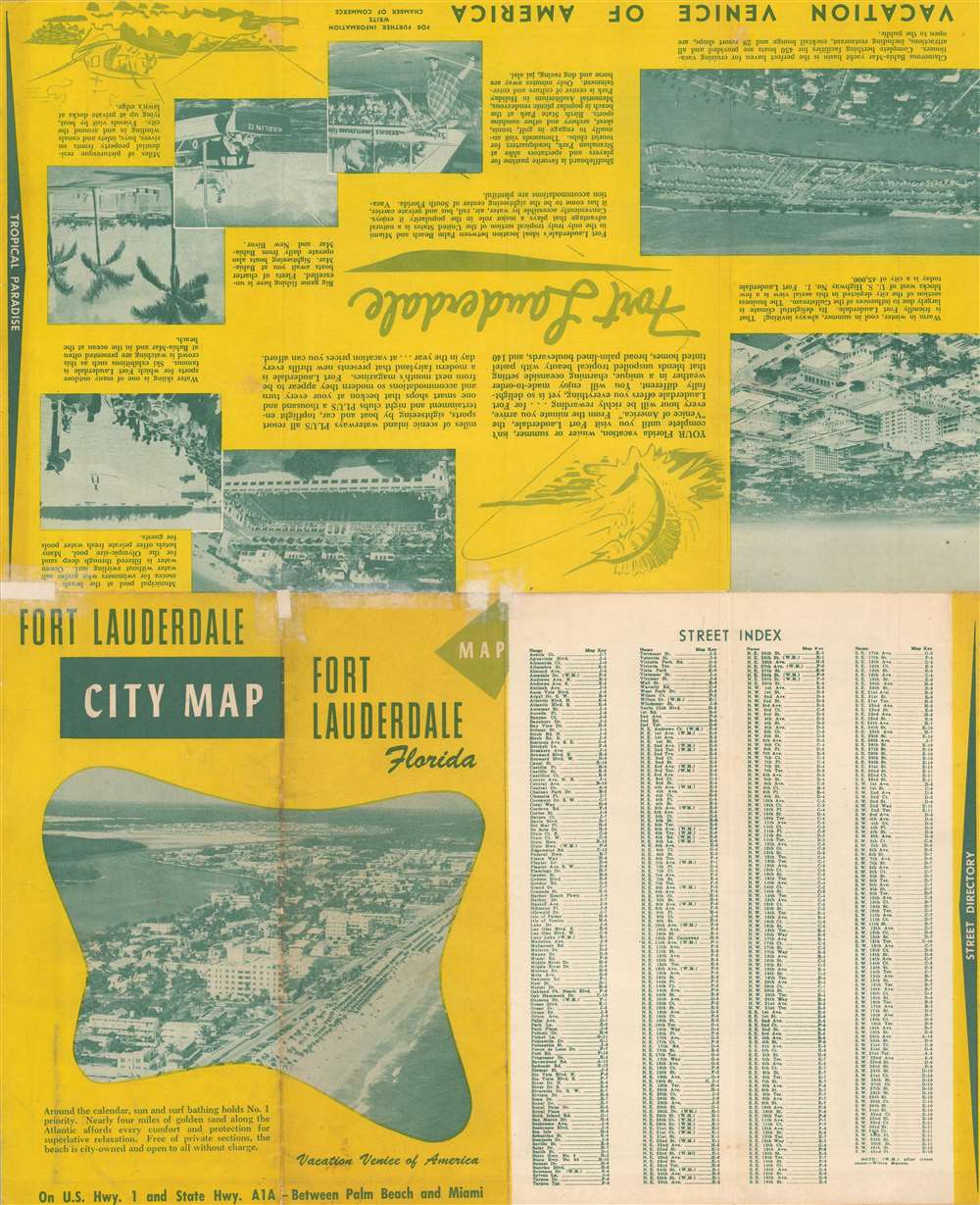 This is a c. 1955 Frank B. Dolph city plan or map of Fort Lauderdale, Florida. Depicting from Oakland Park to the Fort Lauderdale Airport. Schools, churches, hospitals, and parks, and the Florida East Coast Railway's route through Fort Lauderdale are included. Revealingly, this piece also includes references to the Jim Crow era in the South and clearly and explicitly labels segregated schools, cemeteries, and planned recreation centers. Printed photographs and text on the verso highlight activities in and around Fort Lauderdale in an effort to entice tourists.

After World War II, Fort Lauderdale (and Florida in general) experienced a massive population boom because returning soldiers trained in Florida before being sent overseas decided to settle there. Tourism also increased dramatically during the 1940s and 1950s, with the advent of affordable automobiles, plentiful jobs, and the Interstate Highway System. Particularly with the innovation of the interstates, Americans spent more time than ever before traveling by car. This change in behavior created the need to road maps of cities and towns across the country.

This map was created and copyrighted by Frank B. Dolph and published by the Fort Lauderdale Chamber of Commerce c. 1955. This is the only known cataloged example.

Good. Exhibits light wear along original fold lines. Manuscript ink and pencil marks on recto. Small areas of reinforcement and infill on verso. Text on verso.
Looking for a high-resolution scan of this?