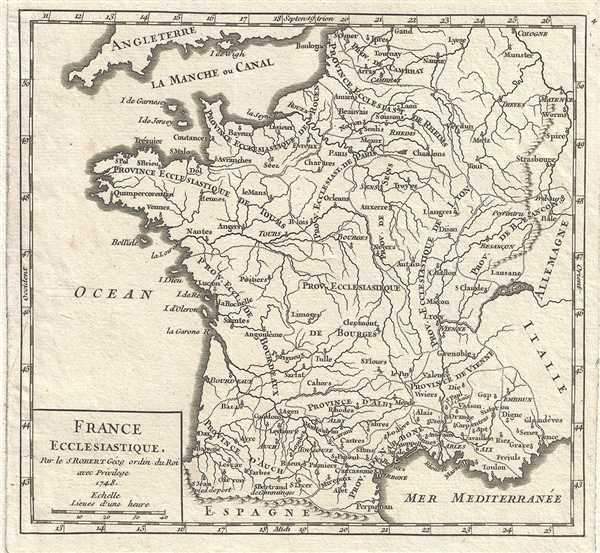 This is a lovely 1748 map of France by the French cartographer Robert de Vaugondy. It depicts the country in beautiful detailed, the map notes provinces, cities, towns, rivers, mountains and a host of additional topographical features. This map was published in the 1748 edition of Vaugondy's Atlas Portratif Universel et Militaire.