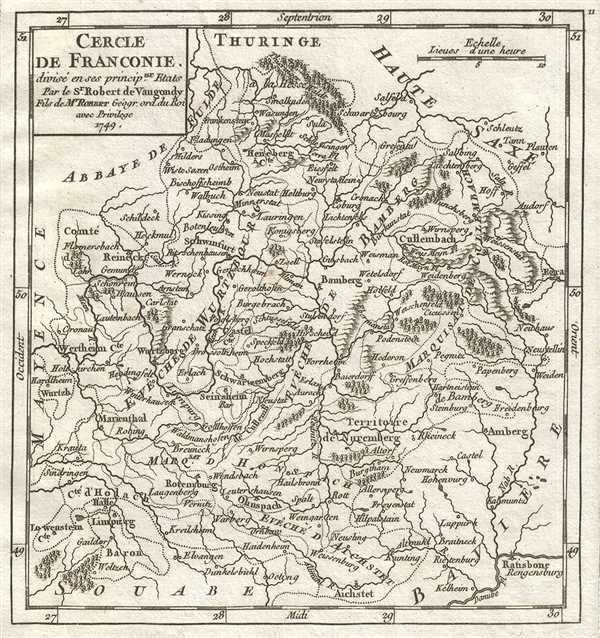 This is a lovely 1749 map of the Circle of Franconia, Germany, by Robert de Vaugondy. Centered on Bamberg, it covers from Heneberg south to Aichstet and from Reineck east to Egra. Today Franconia is a historic district and has been consolidated with Bavaria. The entire region is depicted in extraordinary detailed, offering both topographical and political information, with forests and mountains beautifully rendered in profile.

The 'circles' of Germany are the 'imperial circles,' administrative units created for tax and defense purposes by the Holy Roman Empire, of which these areas were a part. The Napoleonic Wars would, of course, dissolve the Holy Roman Empire and lead to the consolidation of Germany in 1871. This map was published in the 1748 edition of Vaugondy's Atlas Portratif Universel et Militaire.