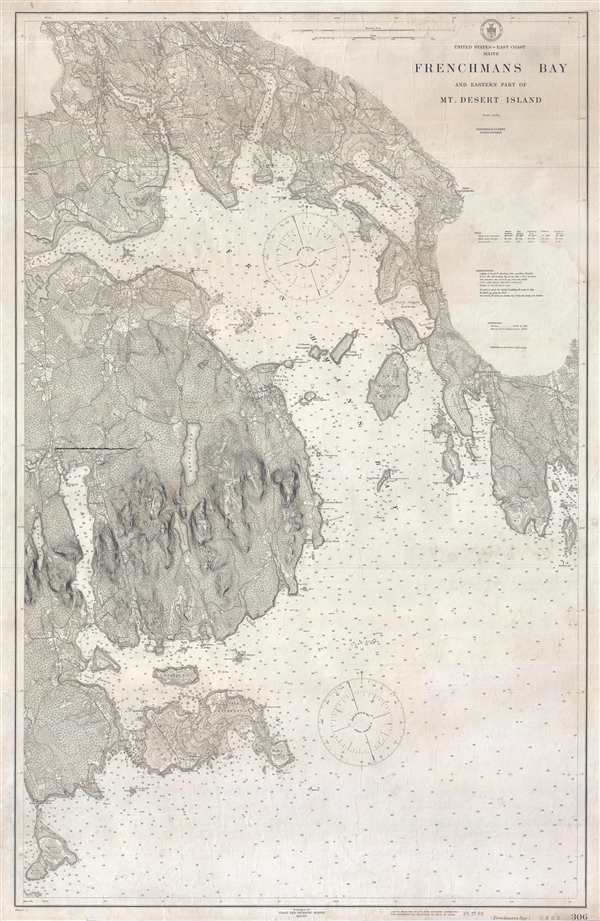 This is an uncommon U.S Coast and Geodetic Survey nautical chart or maritime map of Frenchman's Bay and the eastern part of Mount Desert Island. Centered on Bar Harbor, the map covers from Hancock, Maine to Great Gotts Island and from Echo Lake to the Schoodic Peninsula. It covers in detail the most popular parts of Acadia National Park including Jordan's Pond, Eagle Lake, the Bubbles, Otter Cove, Schooner Head, Anemone Cave, and many other hot spots. The map extends as far as South West harbor, in the lower left, and Somesvilles, just west of Sommes Sound. Cadillac Mountain is here identified as Green Mountain. Although rich in inland detail this is primarily a nautical chart and there are countless depth soundings throughout, as well as notes on ledges, shoals, and other undersea dangers. This chart is exceptionally scarce.