1940 Bergelin Propaganda Map of the British Isles, Northern France, and the North Sea 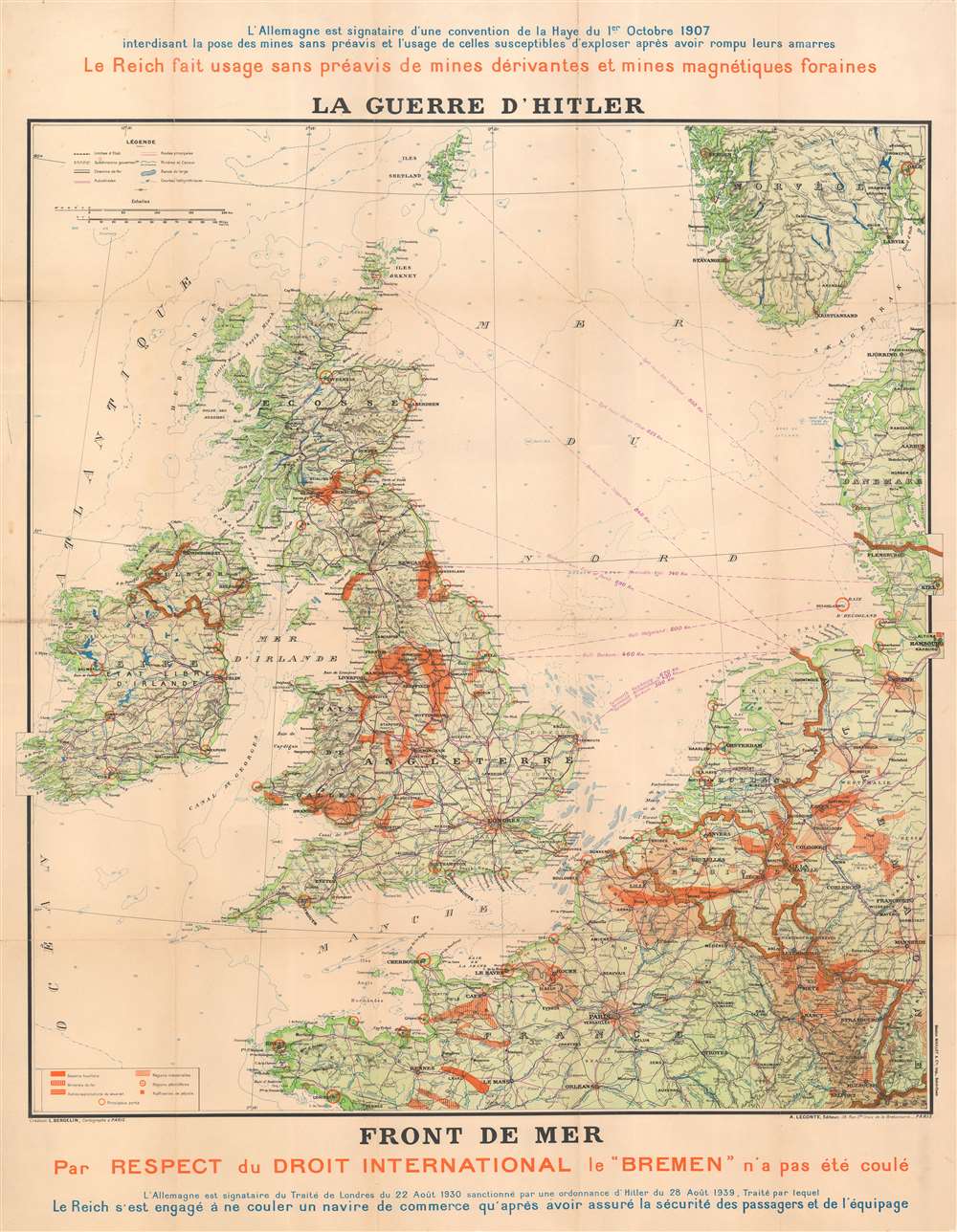 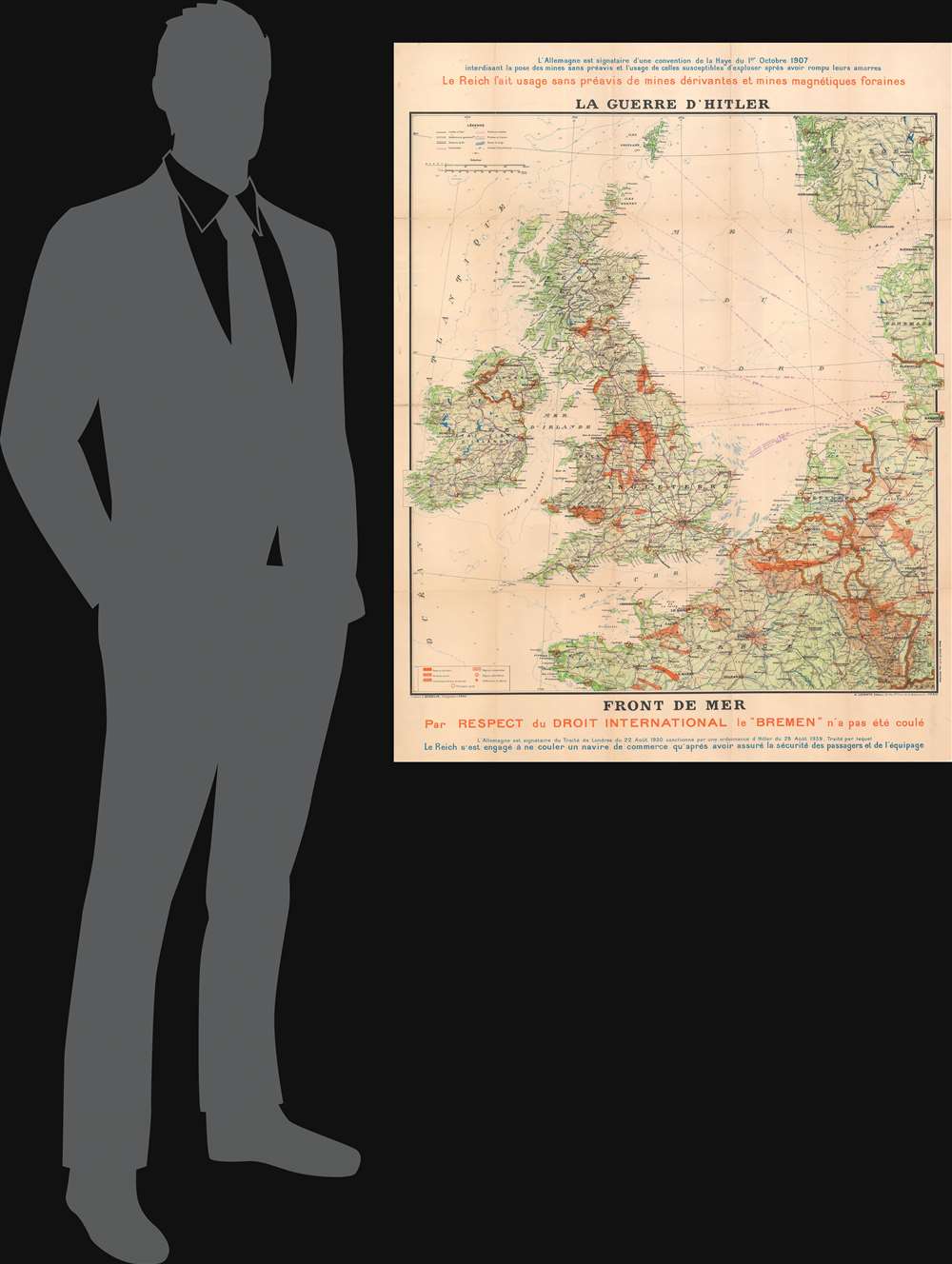 1940 Bergelin Propaganda Map of the British Isles, Northern France, and the North Sea

French WWII propaganda from before the German invasion.
$1,200.00

This is a 1940 Bergelin propaganda map of the British Isles, northern France, and the North Sea at the beginning of World War II (1939 - 1945). The map details the British Isles, North Sea, and surrounding areas, focusing on shipping lands and the critically effort to keep British and continental shipping lanes and supply lines open. Since this broadside is French, published in Pairs, and anti-German, it can only predate the May 1940 German invasion of France.

Text above and below describe international treaties Germany signed but no longer recognized. The blue text along the top a treaty stipulating that Germany would not deploy undersea mines without notifying shipping companies. The orange text describes how the Reich used such mines without notice. The blue text along the bottom references the Treaty of London on August 22, 1930 guaranteeing that no merchant ship would be sunk without first ensuring the safety of all passengers and crew. Hitler had pulled out of the treaty in August 1938. This time, the orange text described how, out of respect for international law, a British submarine did not sink the German ocean liner 'Bremen' in the North Sea. Historians postulate that this action may have delayed Germany's decision to unleash unrestricted submarine warfare in the Atlantic, thus delaying the critical Battle of the Atlantic.

Winston Churchill, the British Prime Minister during World War II, claimed that the only part of the war that ever truly frightened him was the 'U-boat peril'. As the war in continental Europe raged, Britain was fighting for its very survival in the Atlantic. Churchill believed that Germany's best hope of winning the war was through destruction of Allied shipping. Between the fall of France in June 1940 and the end of that year, German U-boats, mines, and aircraft succeeded in sinking three million tons of Allied shipping. If Britain had been cut off from the rest of the world by Hitler's 'wolfpacks', the war surely would have turned out differently. Through Allied persistence and commitment, along with new technology, tactics, and intelligence efforts, the effectiveness of German U-boats gradually waned. The Battle of the Atlantic was never truly 'won' by either side, despite being one of the longest campaigns of the war. Between 75,000 and 85,000 Allied seamen perished while ferrying supplies across the Atlantic.

This map was created by L. Bergelin, printed by Gaston Maillet, and published by A. Leconte in Paris in early 1940. We note two examples cataloged in OCLC, both the Bibliothèque Nationale de France. We note only two other instances when this piece has appeared on the private market.