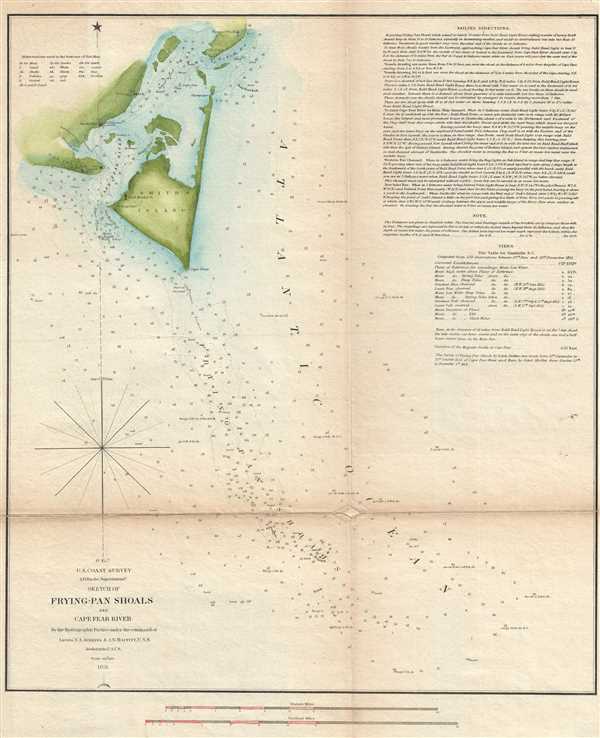 This is an1851 U. S. Coast Survey map or nautical chart of the Frying Pan Shoals and the Cape Fear River in North Carolina. It depicts from the Federal Point Lighthouse on the southern tip of Pleasure Island to the Frying Pan Shoals in the Atlantic Ocean. Smith's Island and parts of Oak Island are illustrated. The Frying Pan Shoals cover a large area and are strewn with several shipwrecks. Detailed sailing directions and the tide table for Smithville, North Carolina are included along the right border. Countless depth soundings are noted throughout.

Very good. Some wear and toning on original fold lines. Backed on archival tissue for stability.