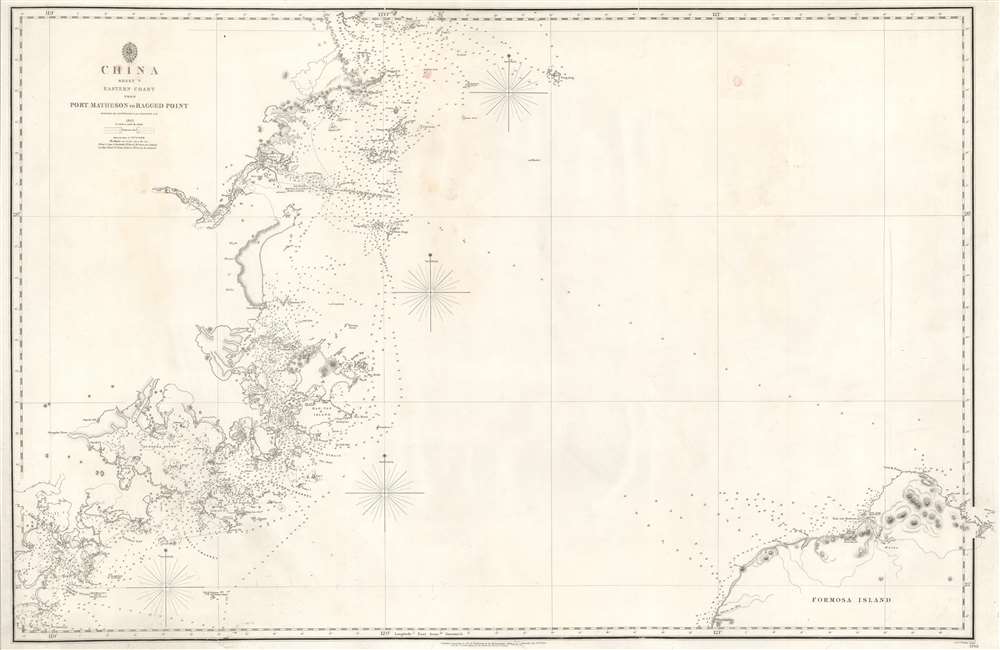 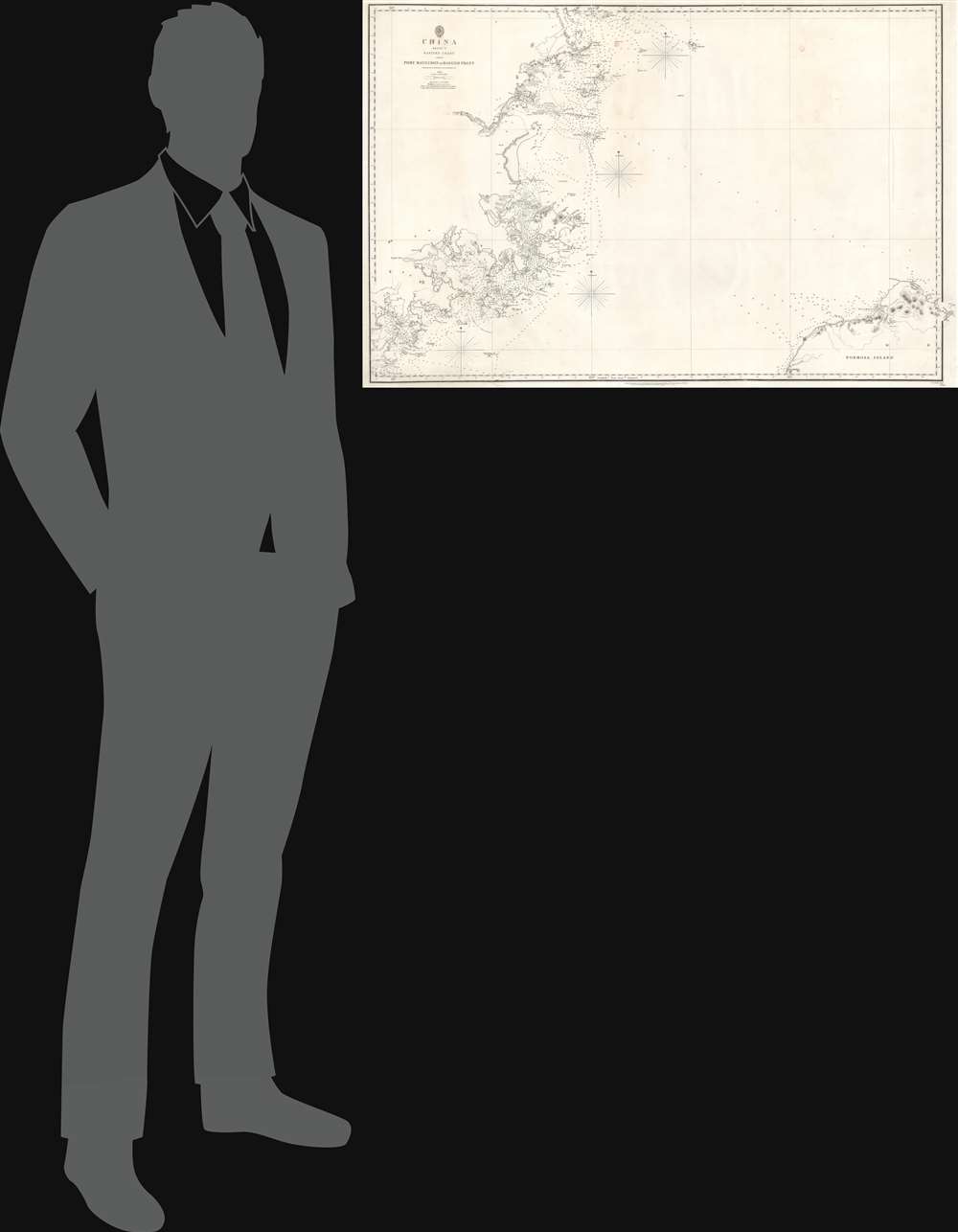 An uncommon 1849 nautical chart or maritime map illustrating China's Fujian Coast and Northwestern Taiwan. The map covers the China coast from Port Matheson to Raged Point. Coverage extends inland on the mainland along the Min River as far as Fuzhou (Fou-Chow Fou) and its famous bridge; and inland on Taiwan / Formosa to include TamSui Harbor (Taipei) and Keelung (Kelung).

This map is the product of a series of surveys completed by Richard Collinson following the First Opium War (1839 - 1842). The survey work went on from 1842 - 1846, suggesting that this part of the coast was exceptionally important and given primacy early in the survey. Other maps in Collinson's survey include some of the fist scientific hydrographic maps of the Pearl River and Hong Kong. On this map, the course between Keelung Harbor and the mouth of the Min River appears as a line of soundings, underscoring the primacy of this route for maritime trade.

This map was engraved by J. and C. Walker and first issued by the British Admiralty in 1843, shortly after the first Opium War (1839 - 1842). It was updated and revised to 1849 - just in time for the Second Opium War (1856 - 1860). The cartography is derived for Kellett and Richard Collinson, the most important British surveyors active in China before and during the First Opium War. This map is scarce. It does appear in the OCLC, but no institutional holdings are identified. We are aware of two that have sold privately in the last 10 years.

Richard Collinson (November 7, 1811 – September 13, 1883) was an English naval officer, marine surveyor, and Arctic explorer. He was born in Gateshead, Tyne and Wear, England, then part of Durham. He joined the Royal Navy in 1823, at age twelve, and rose in the ranks, becoming a lieutenant in 1835, commander in 1841, and captain in 1842. Collinson was a highly capable captain. He participated with distinction in the First Opium War (1839 - 1842). After the war, along with Commander Henry Kellett, he completed a series of pioneering surveys of the China coast from the Yangtze River to Hong Kong. These he completed between 1842 and 1846 while serving as commander of the HMS Plover. In 1850, he was sent north in command of the HMS Enterprise to search for survivors of the Sir John Franklin expedition. Although he came quite close, he never found Franklin's lost men and returned to England without success. Nonetheless, he was honored by the Royal Geographical Society for his surveys in the Arctic and proof that it was navigable from the Behring Strait to King William's Land. Collinson was Knighted in 1875, the same year in which he retired from active duty with the rand of Admiral. Collinson died in September of 1883. Learn More...