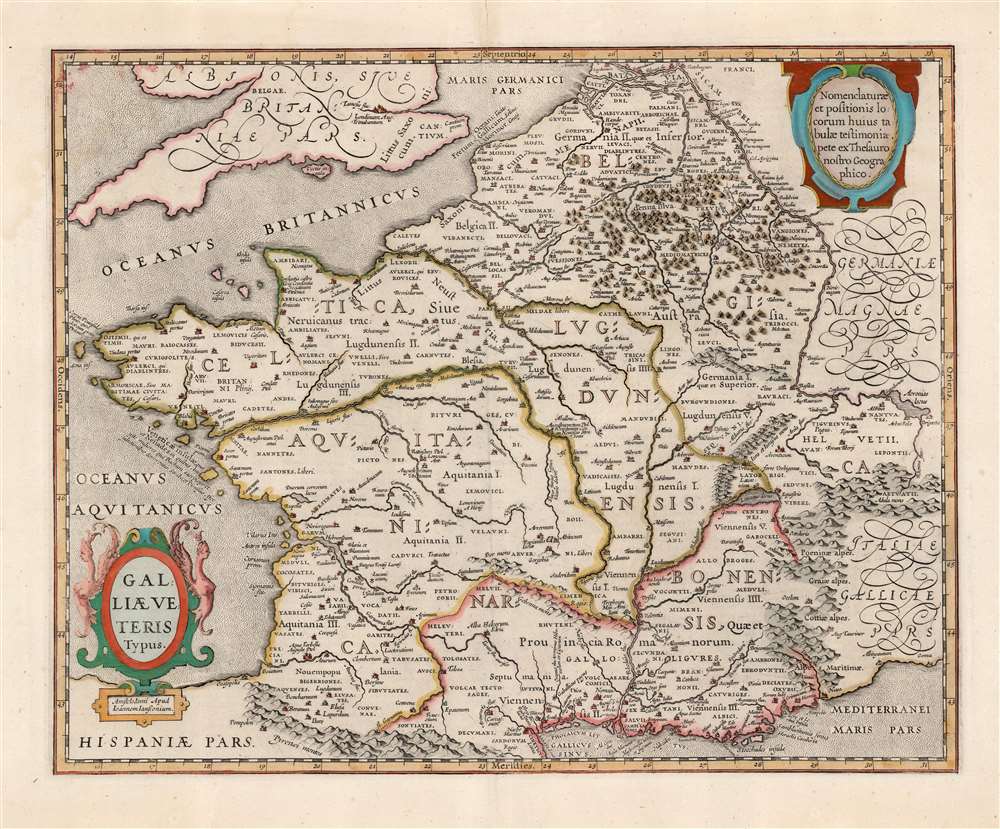 This is a beautiful example of Jan Jansson's map of France, known as Gaul during the Roman era. It is derived from Abraham Ortelius' map of the same title. The map thus combines the late sixteenth century mapping of France's physical geography with classical toponymy, drawn from the first century writing of the historian Strabo, supplemented by the work of Pliny, Virgil, Caesar, and others. Ortelius, a historian as well as a mapmaker, had included the map in his Parergon, the historical supplement to his Theatrum Orbis Terrarum. Jansson, with an eye for quality, was faithful to his source, including not only the place names but Ortelius' copious historical notations.

This map was engraved by Johannes Jansson for inclusion in his 1636 Atlas Novus. The present example's pagination corresponds with the 1662 French edition of the Nouvel Atlas. Fourteen examples of the separate map are cataloged in OCLC in various editions.