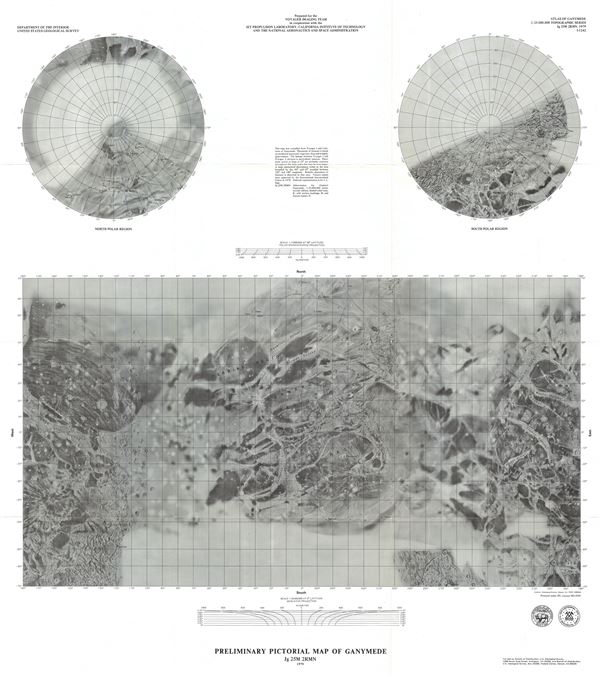 This is a fascinating 1979 U.S. Geological Survey's pictorial map of Ganymede, the largest moon of the planet Jupiter and of the Solar System. This map was compiled from the images from Voyager 1 and 2. Centered on the Nicholson Region, this map also depicts the Perrine, Barnard, Galileo and Marius regions on the surface of Ganymede. The North Polar Region and the South Polar Region are represented in two insets in the upper left and right quadrants respectively.

This map was prepared for the Voyager Imaging Team in cooperation with the Jet Propulsion Laboratory, California Institute of Technology, and the National Aeronautics and Space Administration and published by the U.S. Geological Survey as Atlas of Ganymede Topographic Series Jg 25M 2RMN map I-1242.

Very good. Original fold lines visible. Minor verso repair extending from left center margin about 3 inches into the map. Blank on verso.
Looking for a high-resolution scan of this?