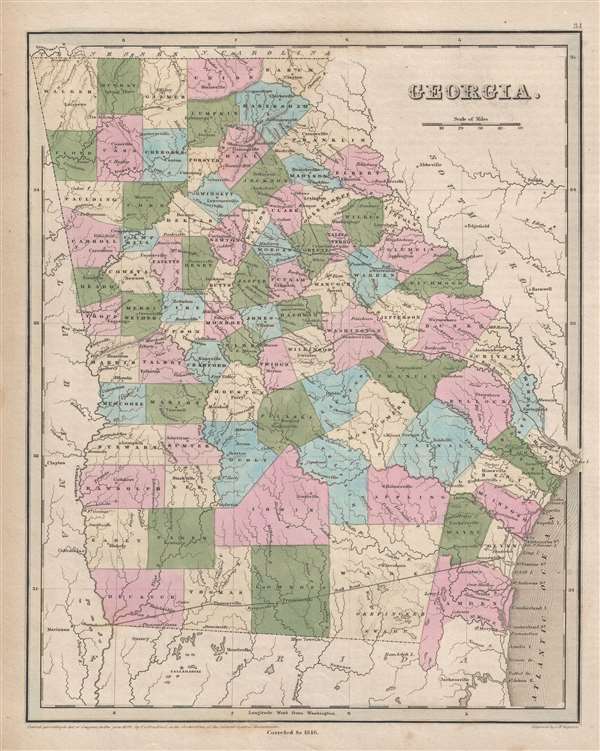 Depicts several rail lines in Georgia that were operating in the 1840s.

This is an 1846 Thomas G. Bradford map of Georgia. The map depicts the region from Alabama to South Carolina and from North Carolina to Florida and the Atlantic Ocean. Highly detailed, each county is labeled and shaded a different color for easy differentiation. Numerous cities and towns are labeled, including Savannah, Augusta, Athens, Marietta, and Decatur. Atlanta, now the state capital, was not incorporated until 1847, and at the time was a town consisting of six buildings and thirty people. Railroads played an important role in Georgia's history in the 1840s, with several major railroad lines operating within the state. The Central of Georgia Railway operated between Savannah and Macon, which connected with the Macon and Western Railroad, which ran between Atlanta (Decatur) and Macon, and the Georgia Railroad, which operated between Athens and Augusta.