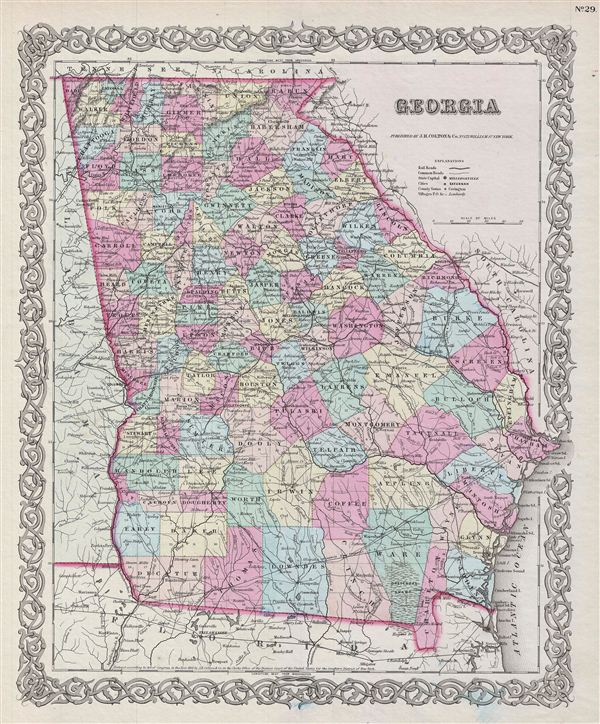 An excellent 1855 first edition example of Colton's map of Georgia. Like most of Colton's state maps, this map was derived from an earlier wall map of North America produced by Colton and D. Griffing Johnson. The map covers the entire state of Georgia as well as adjacent parts of Florida and Alabama. The vast Okefenokee Swamp, various roadways, railroads, and rivers, are identified.

This map was issued at the height of the American westward expansion. Six years before this map was drawn the California gold discovery of 1849 enticed thousands to embark upon the rigorous transcontinental emigration (Georgia had witnessed its own - the second gold rush in the United States' history in 1829, twenty years preceding the one in California). Meanwhile, with the rise in territorial population to the west of the Mississippi, the eastern states were becoming increasingly divided over the issues of slavery and state vs. federal sovereignty. Within five years these disputes would lead to the American Civil War. Georgia, in the heart of the Confederacy, witnessed the major Civil War battles of Chickamauga, Atlanta and Kennesaw Mountain.