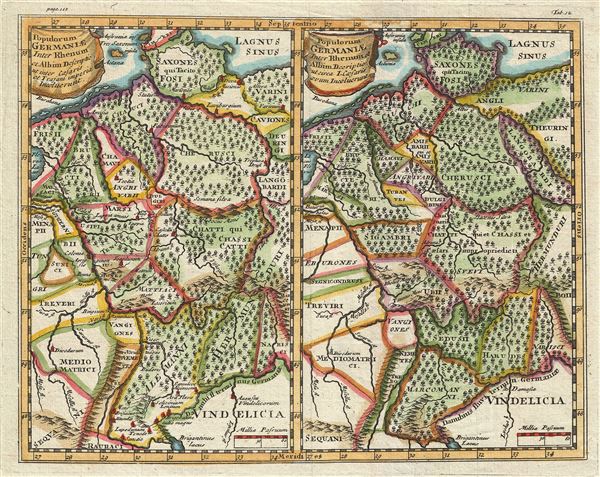 This is a stunning 1661 map by Philipp Cluver depicting Germany during Roman times. Essentially two maps on a single sheet, both maps cover the same region in Germany, viz. between the Rhine and Elbe Rivers and from Denmark south as far as Switzerland and Austria. The maps depict Germany under Caesar and Trajan and highlight the differences in political boundaries, place names, and other minor differences during the two stages in German history. Both maps exhibit vivid hand color and note rivers, towns and cities. Forests and mountains are beautifully rendered in profile. This map was issued by Philipp Cluver in the 1661 edition of Introductionis in Universam Geographiam tam veterem quam novam Libri.