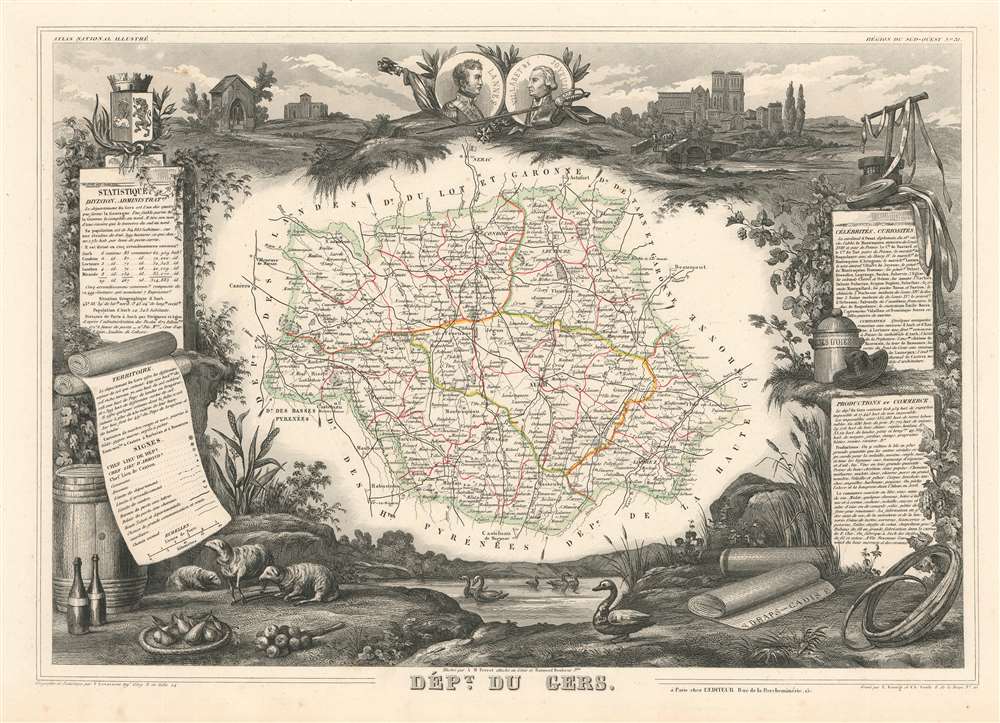 This is a fascinating 1852 Victor Levasseur map of the department of Gers, France. This area of is known especially for its production of Armagnac Brandy and Floc de Gascogne, a sweet wine. It is also home to Côtes de Gascogne, a wine-growing district in Gascony producing white wine, and is also famous for its foie gras and wild mushrooms. The whole is surrounded by elaborate decorative engravings designed to illustrate both the natural beauty and trade richness of the land. There is a short textual history of the regions depicted on both the left and right sides of the map

This map was created and published by Victor Levasseur in the 1852 edition of his Atlas National de la France Illustrée. The illustrated border was drawn by Aristide Michel Perrot and Raimond Bonheur and the whole was engraved by E. George and Charles Smith.