1890 U. S. Geological Survey Map of Gloucester and Rockport, Massachusetts 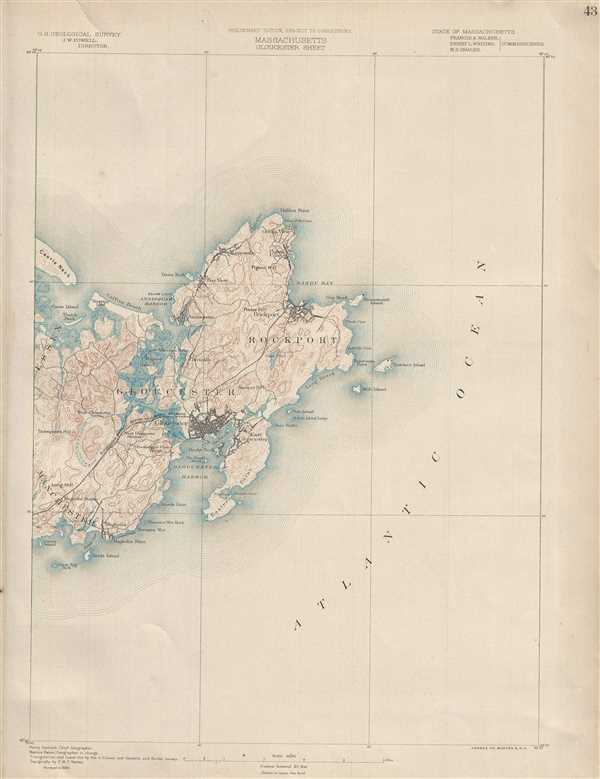 1890 U. S. Geological Survey Map of Gloucester and Rockport, Massachusetts

This is a lovely example of the 1890 U.S. Geological Survey map of Cape Ann. Extends eastward from Manchester and Essex to include Gloucester, Rockport, Lanesville and Annisquam. Offers copious topographical detail as well as some submarine detail as well as towns, railroads, streams, and some individual buildings. This map was based on surveys in 1886 conducted by chief Geographer Henry Gannett. Geographer in charge was Marcus Baker and triangulation and coast line by the U.S. Coast and Geodetic and Borden surveys. Topography by E.W.F. Natter. Updated to 1890.