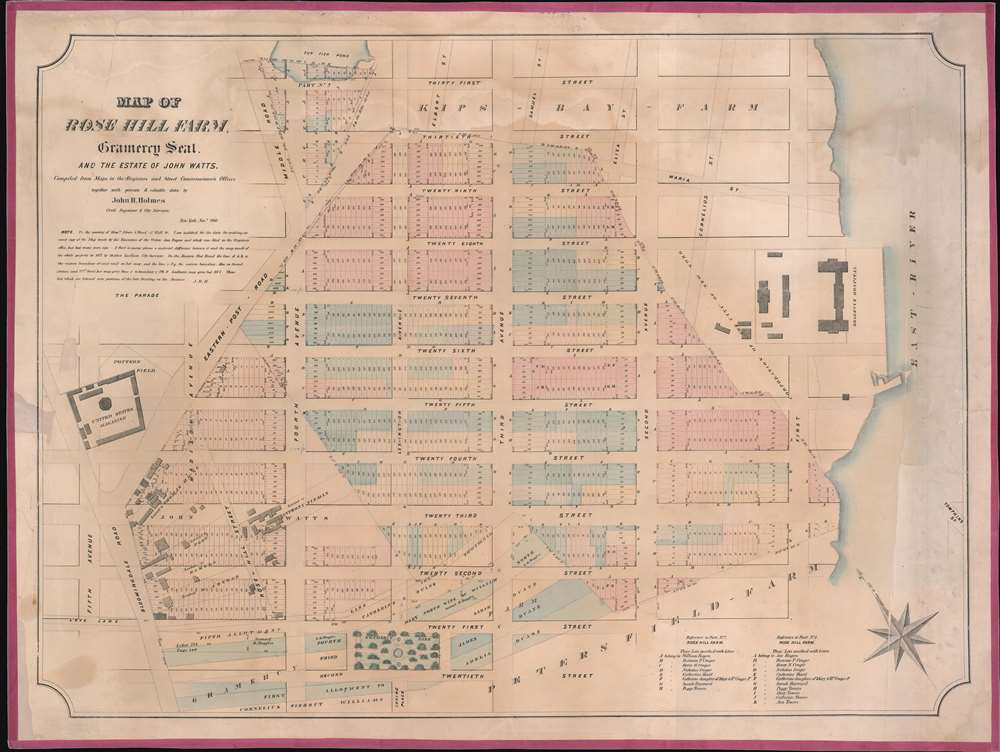 Holmes became fascinated by the early history of Manhattan real estate ownership, recognizing the wealth to be accrued by accurately understanding the history of city land ownership, division, and inheritance. Moreover, Holmes allied himself with the corrupt Tweed administration, assuring himself and his allies even greater wealth and political power from the eminent domain seizure of old Manhattan estates. Holmes created a series of maps, reminiscent of John Randall's 'Farm Maps', overlaid with property data, showing the borders of old estates, and notating the breakup of the lands among various heirs. The complex work of compiling the maps earned Holmes a fortune, with one newspaper suggesting on his death in 1887 that some of his individual maps were worth more than 30,000 USD. There is no complete carto-bibliography of Holmes' maps, but we believe there to be at least 50 of them, possibly more.