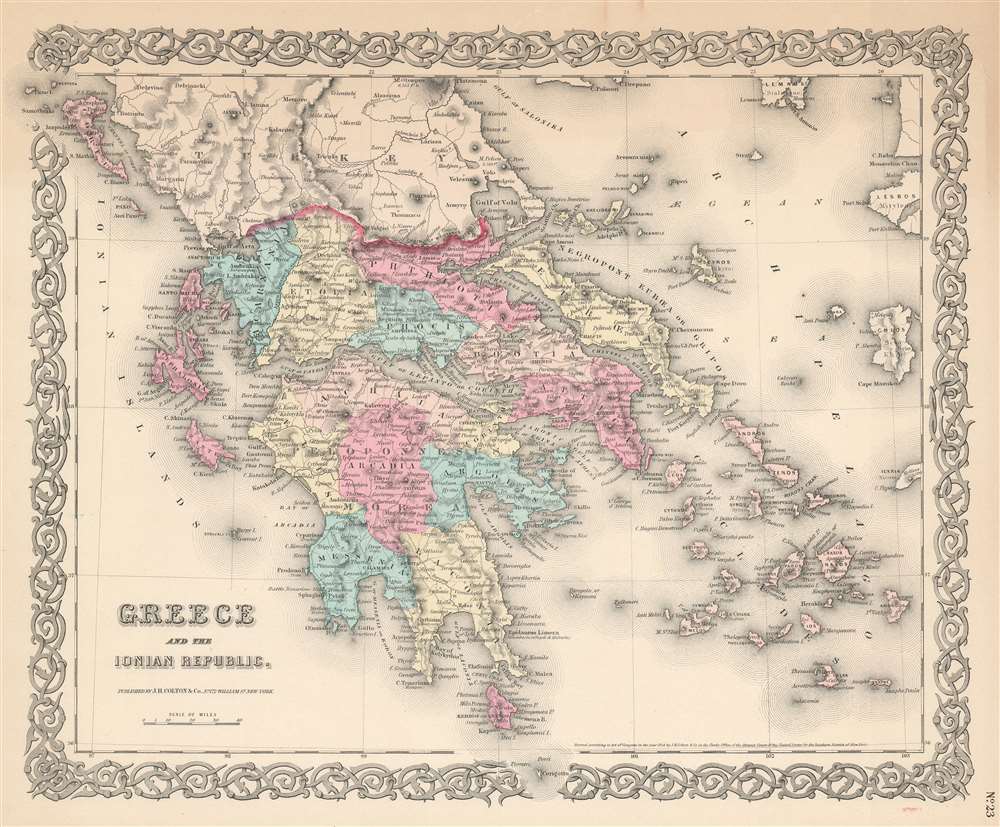 Depicts Greece during its fight for independence from the Ottoman Empire.
$150.00

An excellent 1855 first edition example of Colton's map of Greece. Like most of Colton's Europe maps, this map was derived from an earlier wall map of the world produced by Colton and D. Griffing Johnson. The map covers from Corfu to Thera and Lesbos.

This map depicts the long decline of Ottoman hegemony in the region, with the Greek Independence movement attaining Peloponnesian sovereignty in 1821. The Ionian Republic, under the protection of Great Britain, was also free of Ottoman control. The other Grecian and Balkan states, including Serbia, Croatia, Moldavia, Wallachia, Albania, and Macedonia, remained at least nominally under Ottoman control until 1878.