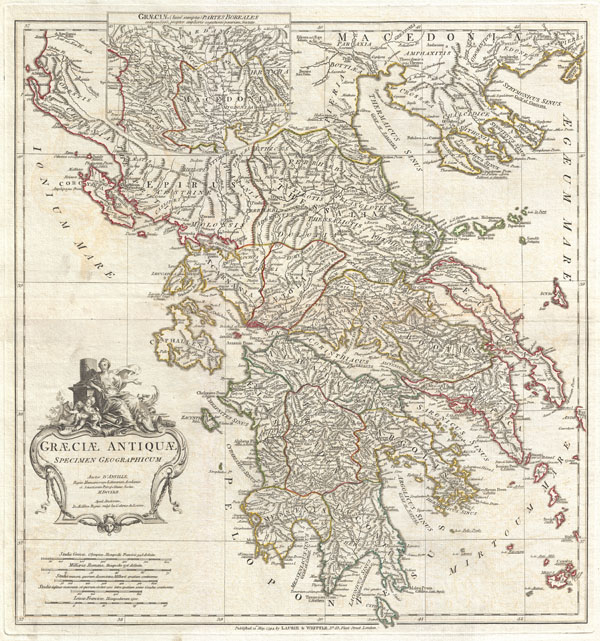 A large and dramatic J. B. B. D'Anville map of Ancient Greece. Covers from Macedonia to the Peloponnesus, inclusive of Euboea and the Ionian Isles. Details mountains, rivers, cities, roadways, and lakes with political divisions highlighted in outline color. Decorative title cartouche in the lower left quadrant depicts an ancient Greek woman lounging against a Tuscan column while two cherubic children create art. Includes five distance scales, bottom left, referencing various measurement systems common in antiquity. Text in Latin and English. Drawn by J. B. B. D'Anville in 1762 and published in 1794 by Laurie and Whittle, London.