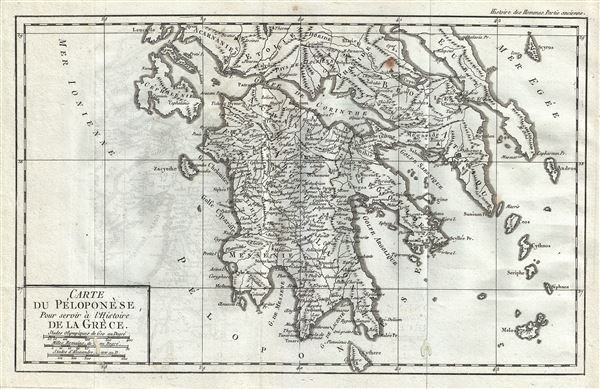 This is a beautiful 1782 map of southern Greece by Jean- Baptiste-Claude Delisle de Sales. The map covers the entire Peloponnese peninsula including the islands of Ithaca, Cephalonia, Zaknythos or Zante and Cythera. It also includes the southern part of Euboea. Numerous towns and cities as well as regional units are identified throughout. The map also notes several rivers, islands and other topographic features, with mountains rendered in profile.