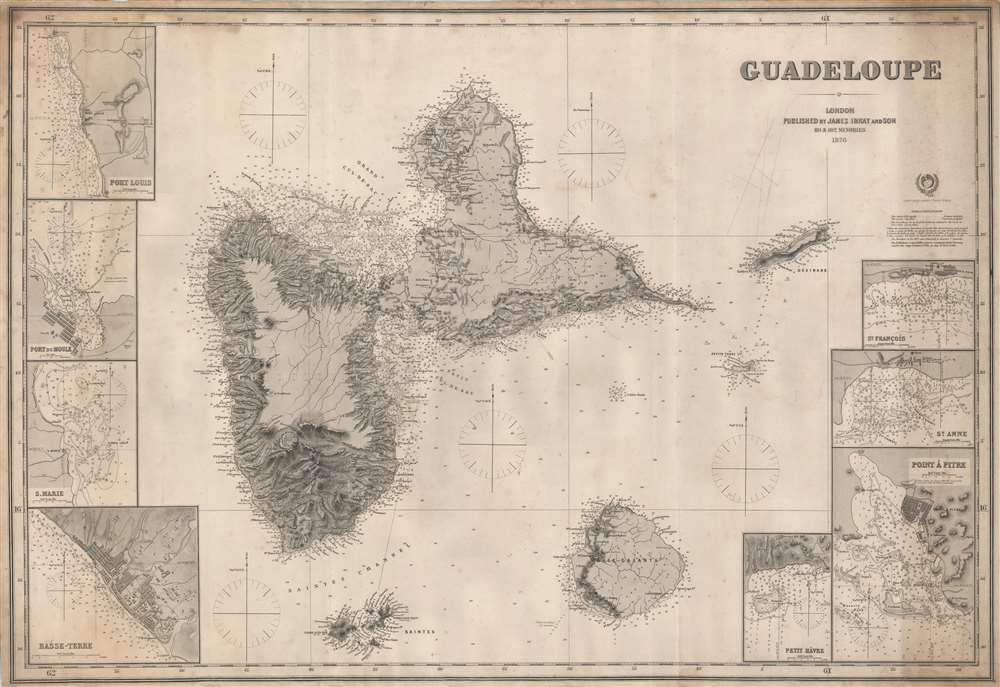 A blueback chart of Guadeloupe, a French island department in the West Indies.

This is an 1876 James Imray blueback nautical chart or maritime map of the islands of Guadeloupe and Marie Galante in the Caribbean Sea. The map depicts the region from the west coast of Guadeloupe to Désirade Island and from Point Grande Vigie to the Iles des Saintes. Cities, towns, and villages are labeled, including Basse Terre, Trois Rivieres (Trois Rivers as identified here), Goyave, and Pointe-a-Pitre. Coastal landmarks are identified on all the islands in the group, and myriad depth soundings are included along the coastlines as well. Eight inset maps are included along the chart's borders, each of which details a different city or town on Guadeloupe. Inset maps of Port Louis, Port du Moule, Sainte Marie, and Basse Terre as situated along the left border, while Saint Francois, Sainte Anne. Point a Pitre and Petit Havre are included along the right border.