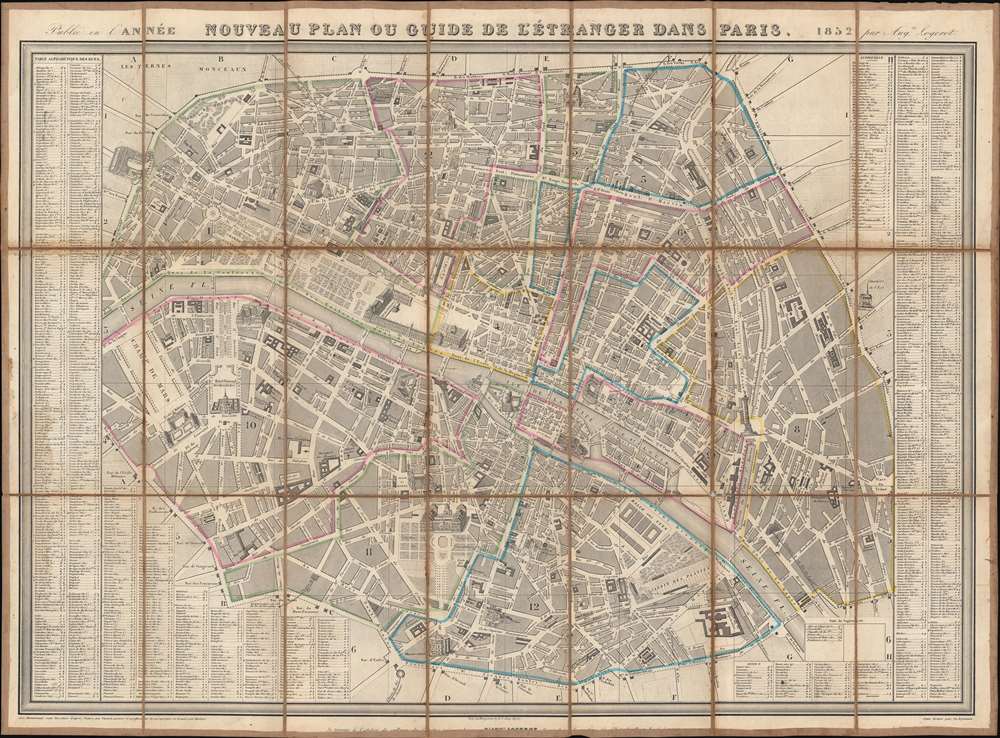 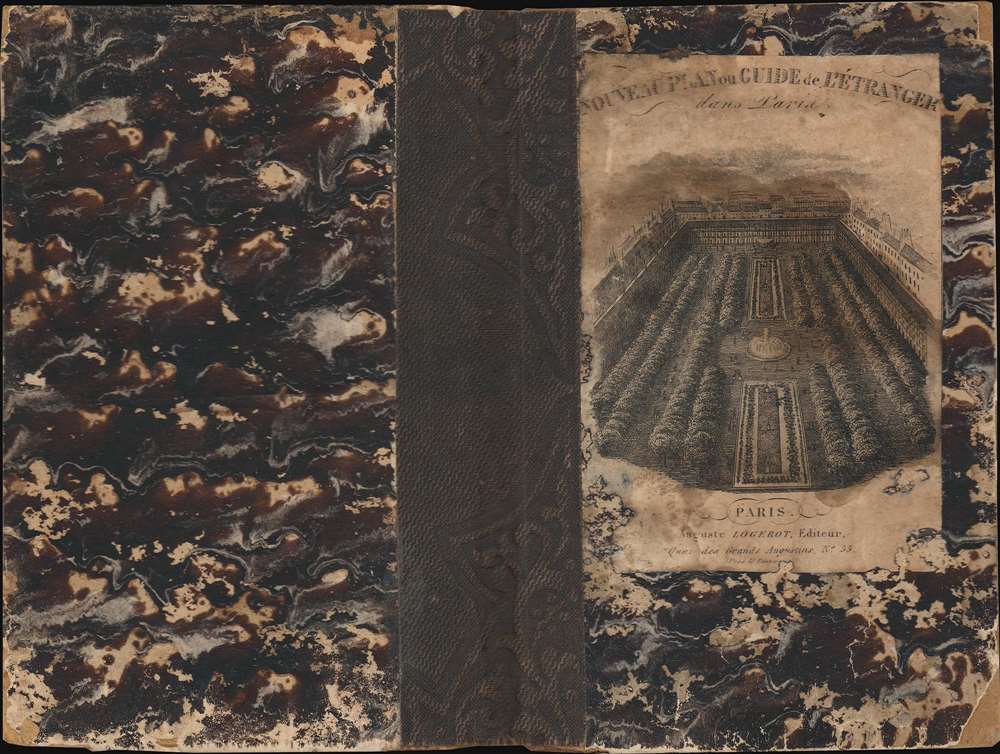 Paris the year before the Haussmann renovations.
$600.00

This is Auguste Logerot's 1852 pictorial city plan or map of Paris, published on the eve of the Haussmann Renovations. Pictorial illustrations highlight monuments, landmarks, and other important buildings, including the Palais du Louvre, Notre Dame de Paris, the Palais du Luxembourg, the Arc de Triomphe, and the Hotel des Invalides. Paris's celebrated gardens, including the Tuileries, the Champ de Mars, and the Jardin des Plantes are illustrated and labeled. Hand coloring highlights the city's twelve arrondissements. A street index occupies the left and right borders.

This map was published just before the 'Grand Traveaux', the transformation of Paris by Emperor Napoléon III and Baron Georges-Eugène Haussmann, began. Completed between 1853 and 1870, the renovation of Paris consisted of the demolition of medieval neighborhoods that were deemed overcrowded and unhealthy; the building of wide avenues; new parks and squares; the annexation of the suburbs surrounding Paris; and the construction of new sewers, fountains, and aqueducts. Known in French as the 'Grands Travaux,' Haussmann's redesign of Paris defined it as a modern city, with narrow alleyways and confusing streets replaced by a broad network of grand boulevards, imposing facades, parks, and monuments. Some of the more famous parts of Paris today, including the famous design of Étoile, where the Arc de Triomphe is located, were constructed during Haussmann's tenure as Prefect.

This map was created by Auguste Logerot, and engraved by Charles Dyonnet. The monuments were drawn by Thénot and engraved by Duchez. The map was published by Logerot in 1852. We note a single cataloged example, at the Bibliothèque nationale de France.

Very good. Dissected and mounted on linen in twenty-one (21) panels. Slight loss to linen at a few fold intersections.