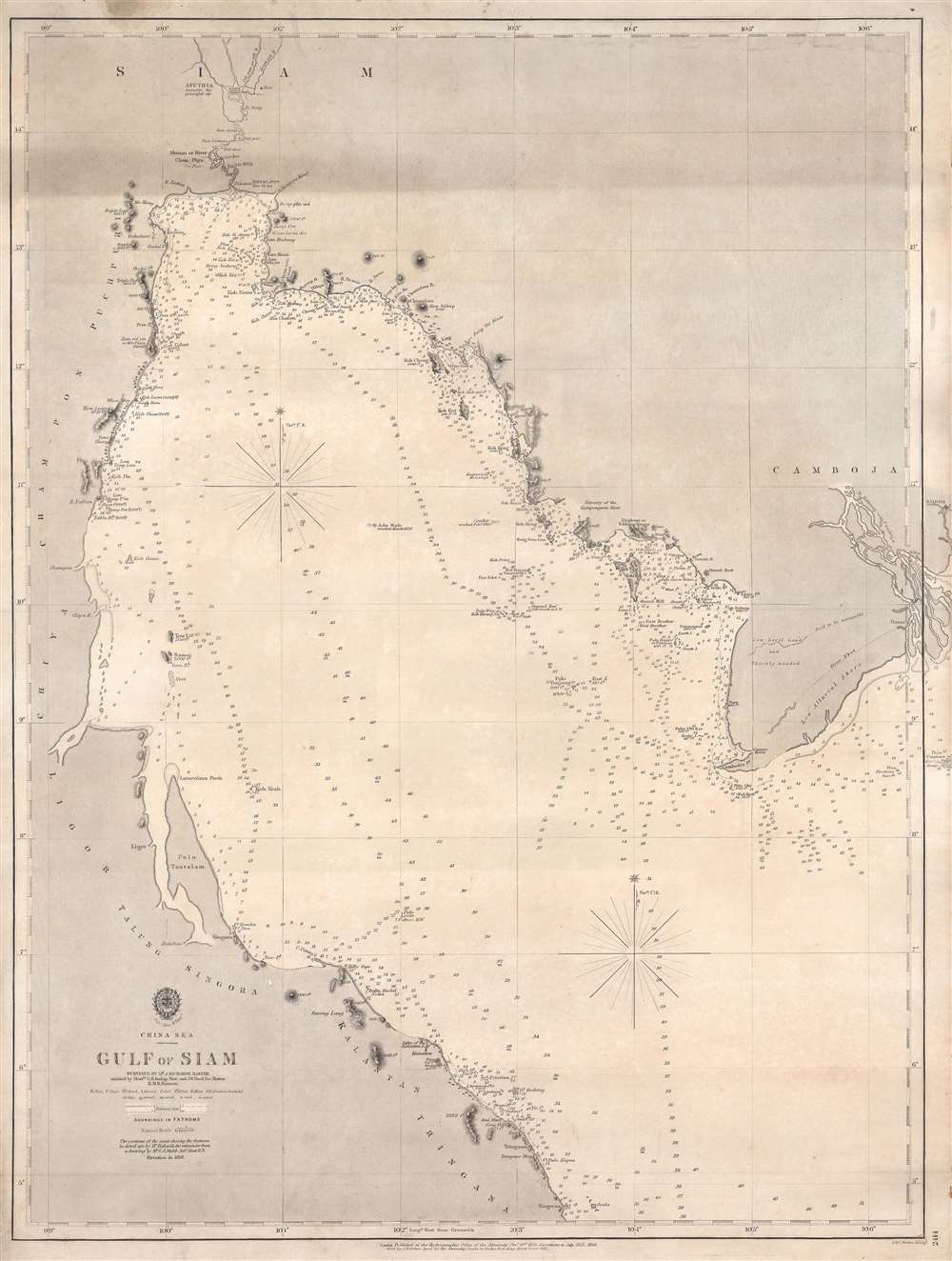 A British Admiralty nautical chart of the Gulf of Thailand.

This is an 1858 British Admiralty nautical chart or maritime map of the Gulf of Siam (Gulf of Thailand). The map depicts the region from the Malay Peninsula to Ho Chi Minh City (Saigon) and from Ayutthaya (Ayuthia), the capital of the Thai kingdom from the 14th to the 18th century, to southern Thailand. A working nautical chart, myriad depth soundings are noted throughout the region, particularly along the coastlines. Several coastal locations are labeled, including mountains, hills, and villages. Both the Chao Phya River and the Mekong River are identified, as are Bangkok, Aytthaya, and Saigon. A handful of shipwrecks are also marked, including the John Wade and the Condor.

This chart was created by the British Admiralty and originally printed in 1855. The present example was updated to 1858 and published by the Hydrographic Office of the Admiralty.