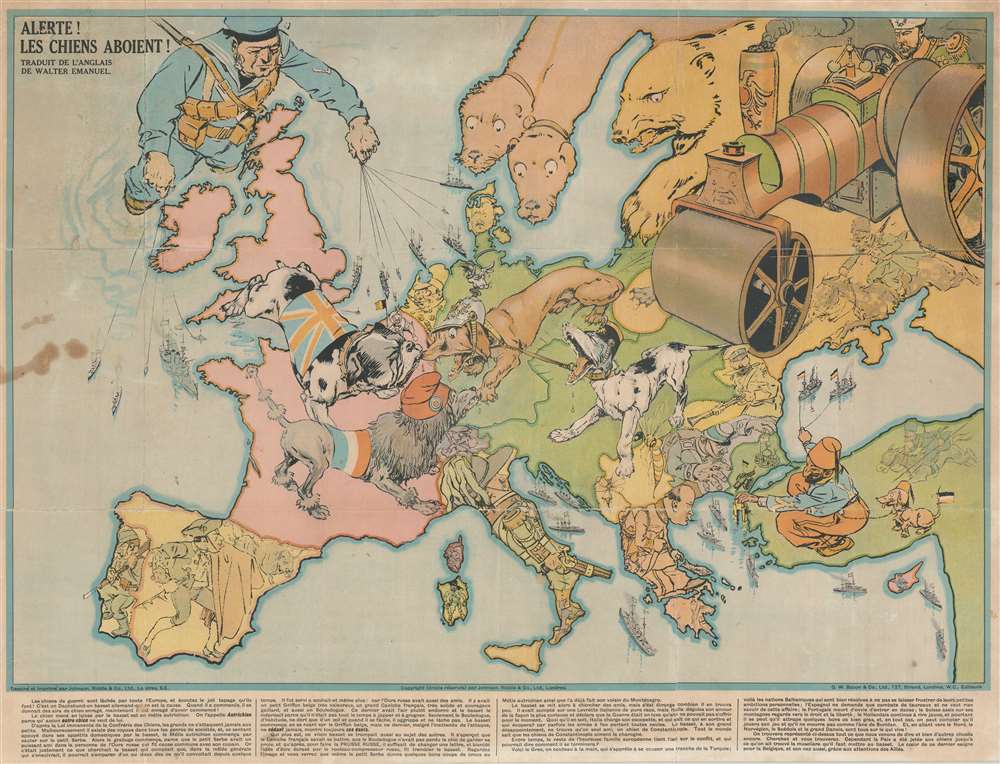 An uncommon French edition of an iconic 1914 serio-comic style satirical map by Johnson, Riddle, and Company issued shortly after the outbreak of World War I (1914 - 1918). The chromolithograph map covers all of Europe from the Atlantic to the Black Sea and from Scandinavia to Italy. Superimposed on the map are a host of dogs, as well as other animals, and several human figures. Text by the popular Jewish satirist Walter Lewis Emanual appears at the bottom of the map. The lighthearted content captures English optimism early in the war. It was widely assumed that British naval superiority would end the war quickly, some argued in as little as six weeks.

This map designed by Johnson, Riddle and Company, of South London. The work was completed in conjunction with the satirist Walter Lewis Emanual, whose canine-themed humor fits the map and who composed the lengthy text at the bottom of the map. It was published by G. W. Bacon and Company. Most examples are in English. We have not previously seen the current French edition.