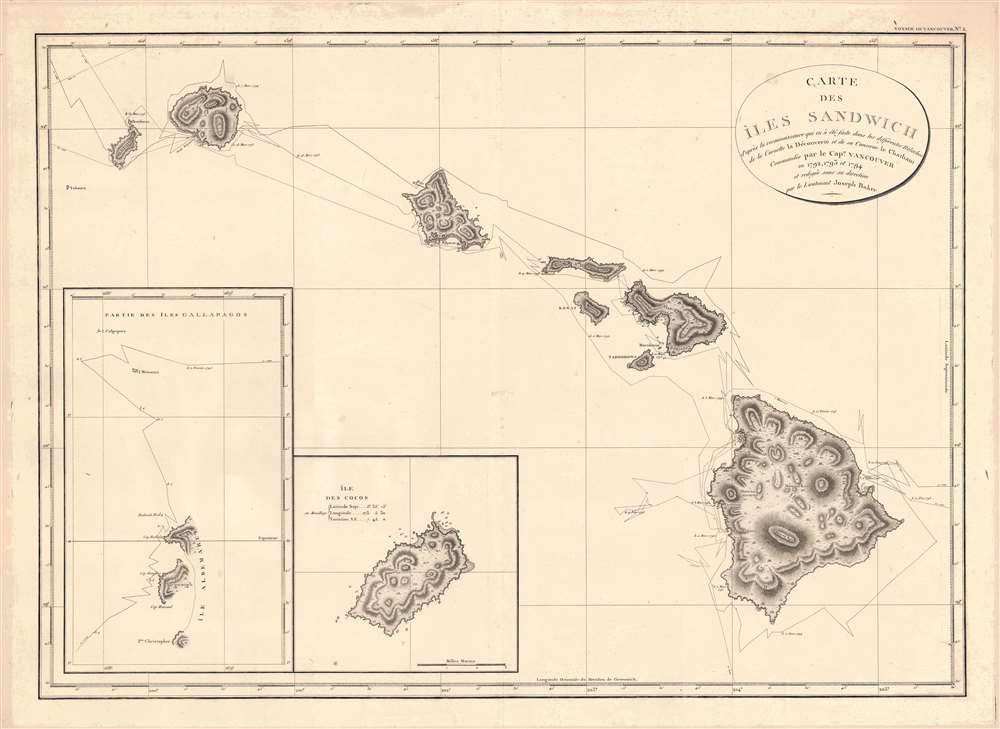 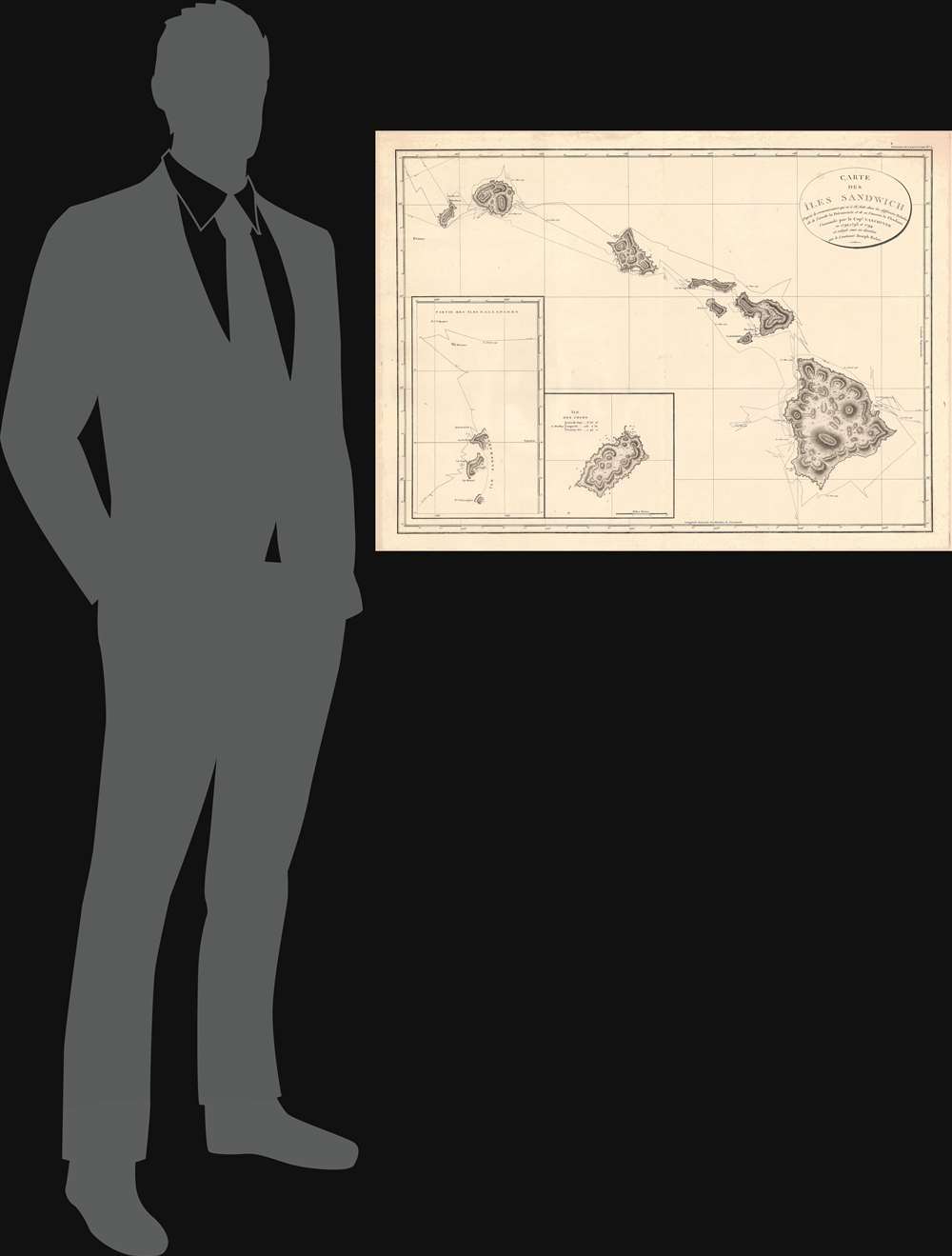 The largest, most beautiful, and most important early map of Hawaii published.
$5,000.00

This is a beautiful example of George Vancouver's seminal 1799 map of the Hawaiian Islands, considered the largest, most important, and most beautiful map of Hawaii to appear in the 18th century. George Vancouver first sighted Hawaii on January 18, 1778, as a midshipman on the HMS Discovery, consort ship to Captain James Cook's HMS Resolution, becoming one of the first Europeans to see the idyllic island group. Despite Cook being killed by angry Hawaiian natives, Vancouver formed a good opinion of the both the archipelago and the Hawaiian people. Fourteen years later and captain of his own ship, George Vancouver chose the Hawaiian Islands as a winter base while exploring the Northwest Coast of America in search of the elusive Northwest Passage. During his three seasonal visits to the Hawaiian Islands, Vancouver and his lieutenant Joseph Baker completed this, the first complete map of the archipelago. His route, which zigzags around and between the islands, is carefully noted and includes visits in 1792, 1793, and 1794.

In the lower left inset maps detail parts of the Galapagos and Cocos Islands. Although not the first accurate charting of the Galapagos Islands - that honor goes to the 1798 Arrowsmith - this is among the earliest acquirable charts to focus on the remote archipelago. Cocos Island appears on maps from the 17th century, although Vancouver's is unusually detailed, showing anchorages and interior topography.

This particular example of Vancouver's map was issued in the highly desirable 1799 French edition of Vancouver's atlas, which is noted for being more beautifully produced with better engraving, higher quality paper, and more detail than the 1798 English edition. Despite its importance, this piece is scarce. The OCLC places original imprints of this edition in only the British Library, UCLA, UNC Chapel Hill, and the National Library of Australia. The entire Voyage de Decouvertes appears only at the University of Quebec at Montreal, the Bibliothèque Geneve, and the Bibliothèque Publique et Univ. Neuchatel. We find auction and catalog records for only six examples since 1997.