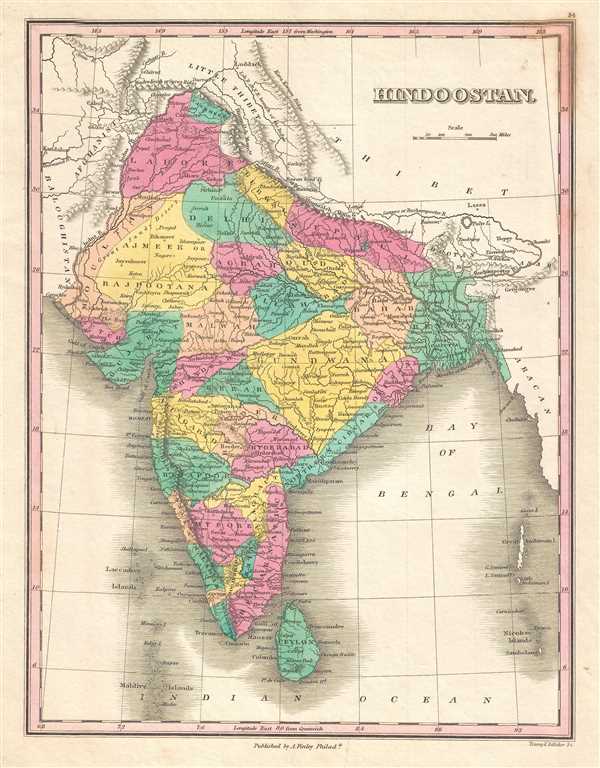 A detailed map of India and the surrounding region - including the Maldives.

This is an 1828 Anthony Finley map of India. The map depicts the region from Kandahar in Afghanistan to Myanmar and from Tibet, Nepal, and China to Sri Lanka (Ceylon) and the Indian Ocean. Highly detailed, regions within India are shaded different colors to allow for easy differentiation. At this point in history, Pakistan had not yet separated from India, meaning that it is not illustrated as a separate nation. Cities and towns throughout India, and the region at large, are labeled, including Kabul (Cabul), Kandahar, Karachi (Carachee), Lahore, Delhi, Goa, Colombo, and Lhasa. Rivers are also illustrated and labeled, with particular interest placed upon the Indus and Ganges Rivers. The Maldives Islands, recognized as one of the most beautiful places in the world and renowned for its scuba diving.