1922 War Office Map of Hong Kong and the New Territories 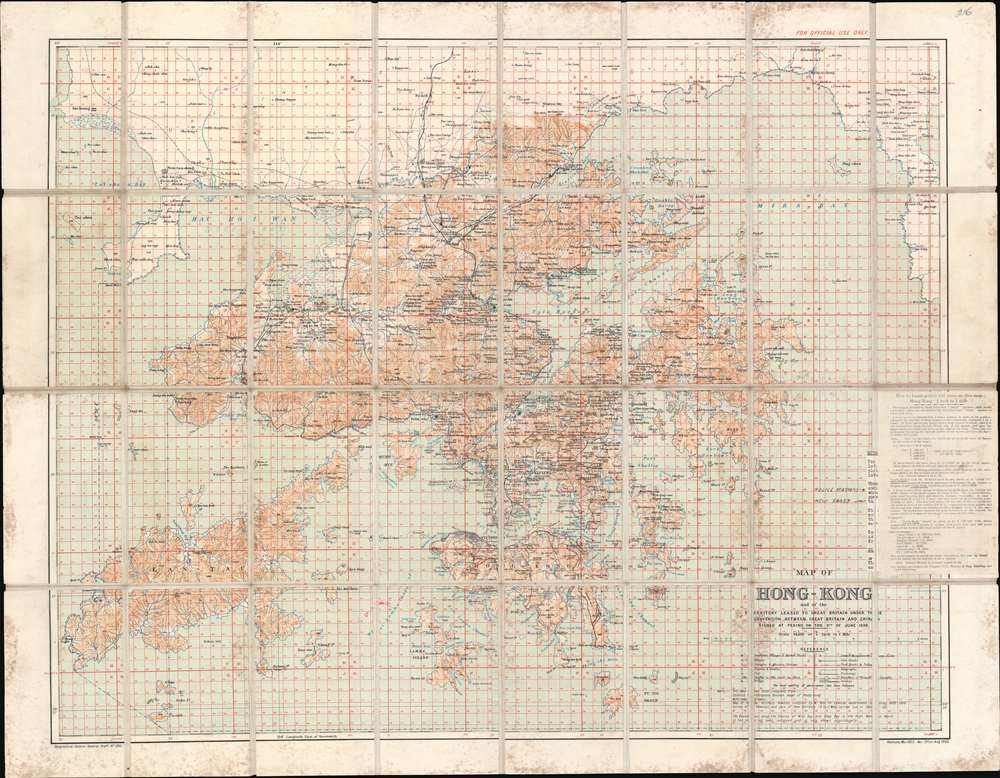 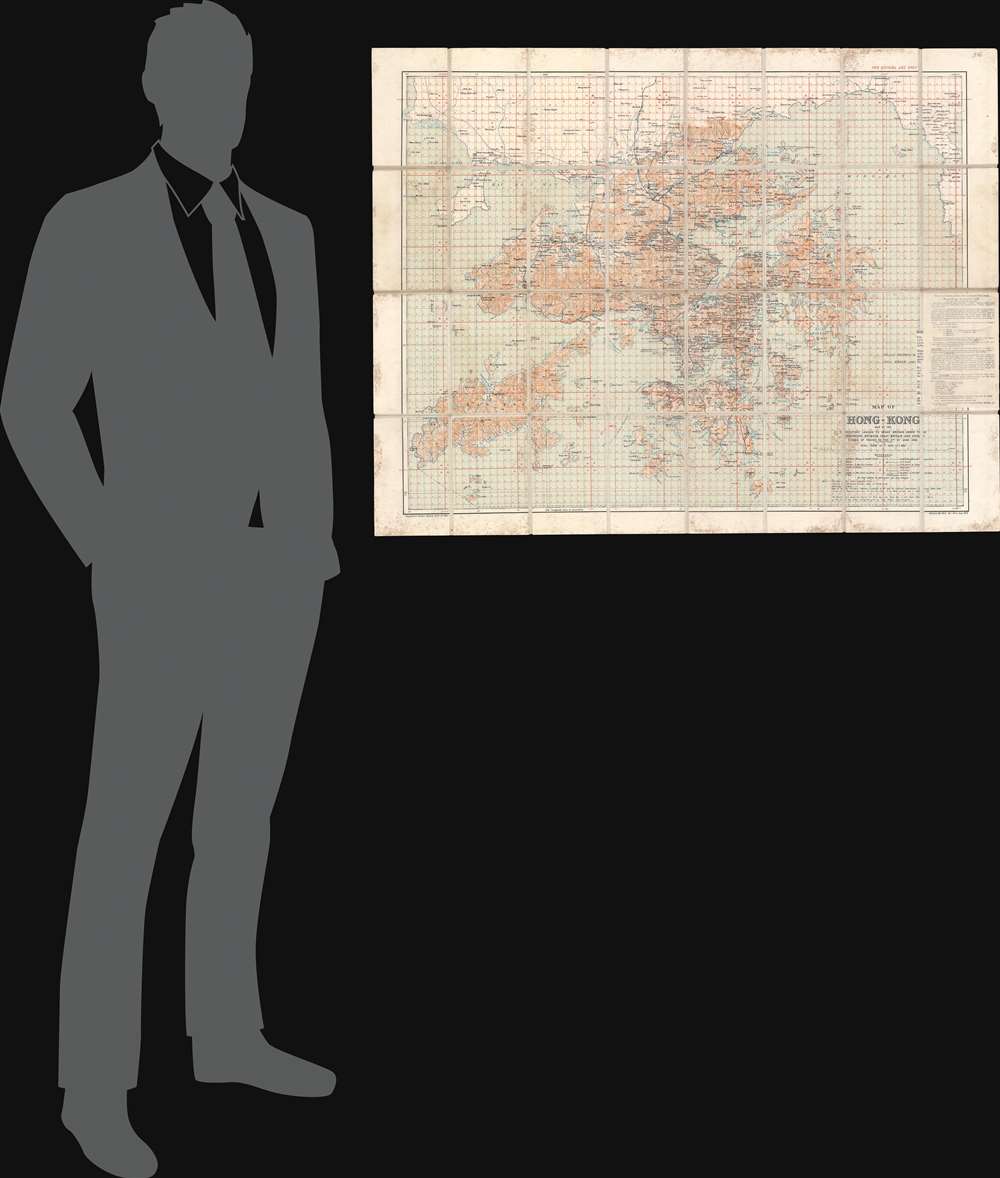 1922 War Office Map of Hong Kong and the New Territories

This is a 1922 British War Office map of Hong Kong and the New Territories. It was issued in March of 1922, shortly following the historic Hong Kong Seaman's Strike.

The map depicts the region from Tai-shan Bay to Mirs Point and from China to Po Toi (Pu Toi). Cities, towns, and villages are labeled throughout the Crown Colony, including Victoria and Kowloon. In Victoria, Murray Barracks, the hospital, the sugar refinery, and the Tai-ku Sugar Factory are identified. Roads are illustrated, and topography is illustrated using contours. Manuscript notations mark police stations in the New Territories and several newly constructed roads. Bays, channels, and other coastal locations are also noted. The entire chart is overlaid by a grid meant to make finding a specific location easier. Instructions on how to use this grid are included via a pastedown along the right border.

In January 1922 the Seaman's Strike disrupted commerce in the region. At the time there was an extraordinary gap between the wages paid to Chinese vs British seamen. Seeking more equitable treatment, over 30,000 Chinese seamen from Hong Kong and Canton (Guangzhou) declared a strike. The strike lasted fifty-two days. By February, over $5 million in cargo was floundering in Hong Kong Harbor and shipping companies began bypassing the island. By early March, the city was near anarchy, with food rationed, trash piling up, businesses closed, and public transportation halted. On March 5, the shipping companies eventually backed down and agreed to a fifteen to thirty percent wage increase.

This map was created by the Geographical Section of the General Staff of the British War Office. The first edition was published in 1905 and the current example was published in 1922. We are aware of four examples in institutional collections at the British Library, the University of Kansas, the University of British Columbia, and the National Library of Scotland. We are aware of only one other instance when this chart has entered the private market.