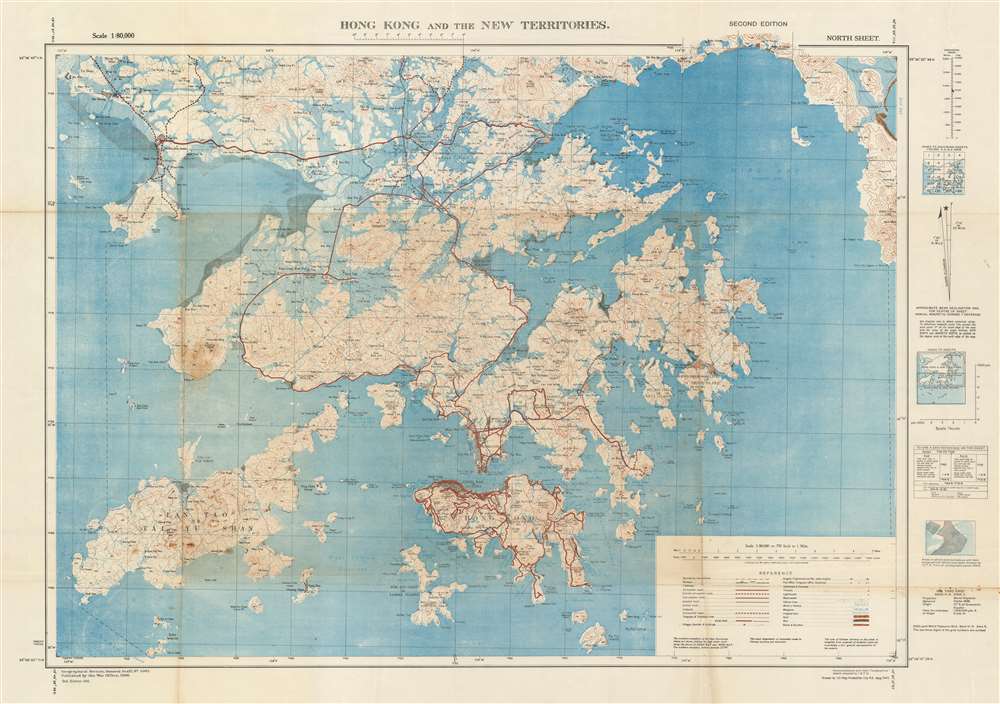 A rare 1945 map of Hong Kong and the New Territories published by the British War Office. Centered on Kowloon, coverage extends from Tai Tsan Bay to Tai Pong Bay and from Kwai Chung to the Soko Islands. This map was published shortly after the end of World War II and the British reoccupation of Hong Kong following four years of Japanese occupation. It is considered one of the finest and most detailed map of Hong Kong of this period.

This map was first published in 1936. The present example is the second edition, published in 1945. A third edition was issued in 1946. The map is well represented institutionally but uncommon on the market.