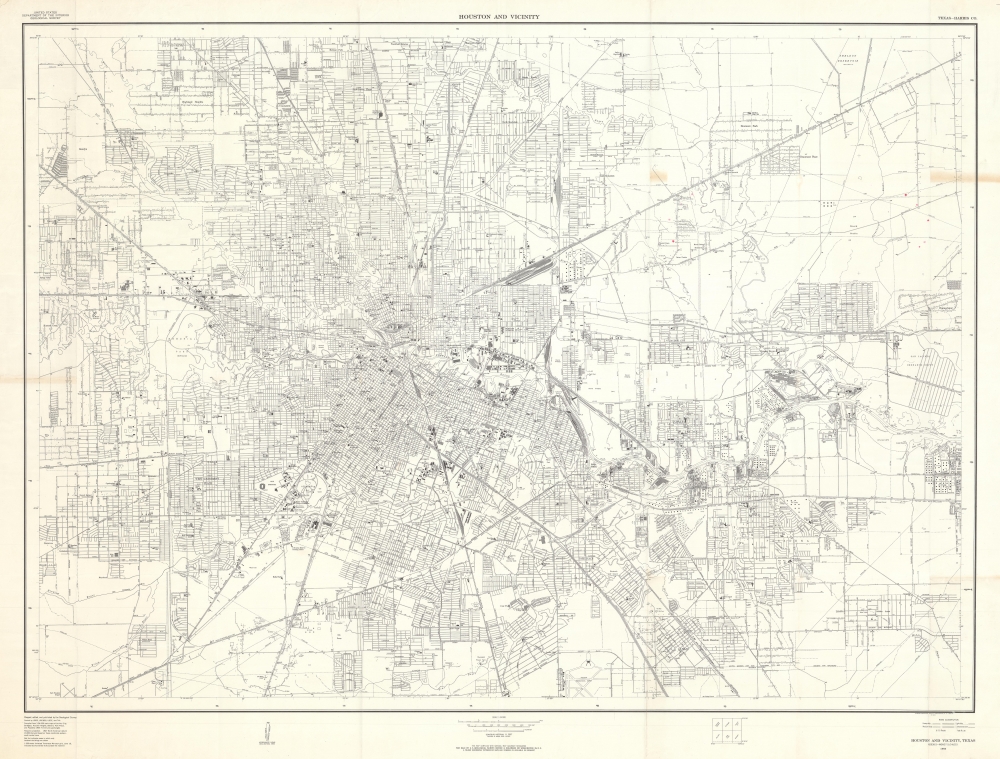 This is an extremely large 1957 U.S. Geological Survey city map or plan of Houston, Texas. The map depicts the city from Bellaire to Channelview and Golden Acres and from Melrose Park and Sherwood Place to South Houston and the Houston International Airport. Highly detailed, myriad streets throughout the city are illustrated, although not all are labeled. Schools, churches, and hospitals are illustrated and labeled as well, along with oil tanks and refineries. Suburbs, neighborhoods, and other subdivisions are identified. The campuses of Rice University (then known as the Rice Institute), Texas Southern University, and the University of Houston are included in detail. Rice Stadium, which would host a speech by President John F. Kennedy only five years later, is labeled. The city's railroads cut through the streets at strange angles, indicating their presence long before the urban space expanded as far as it has.

This map was created by the U.S. Geological Survey and published in 1957. It is well represented in institutional collections and scarce on the private market.