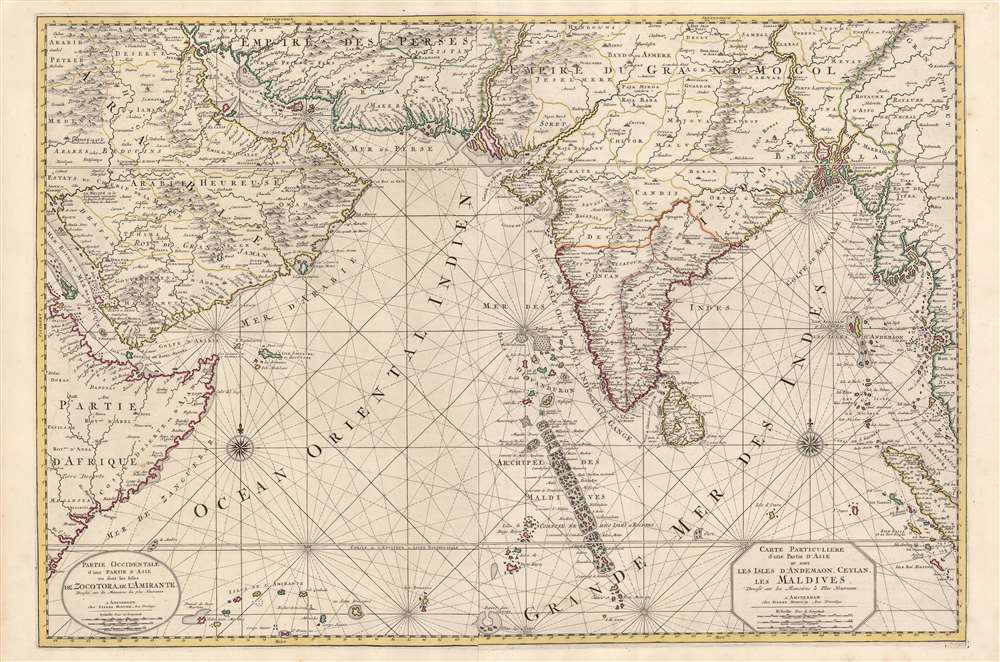 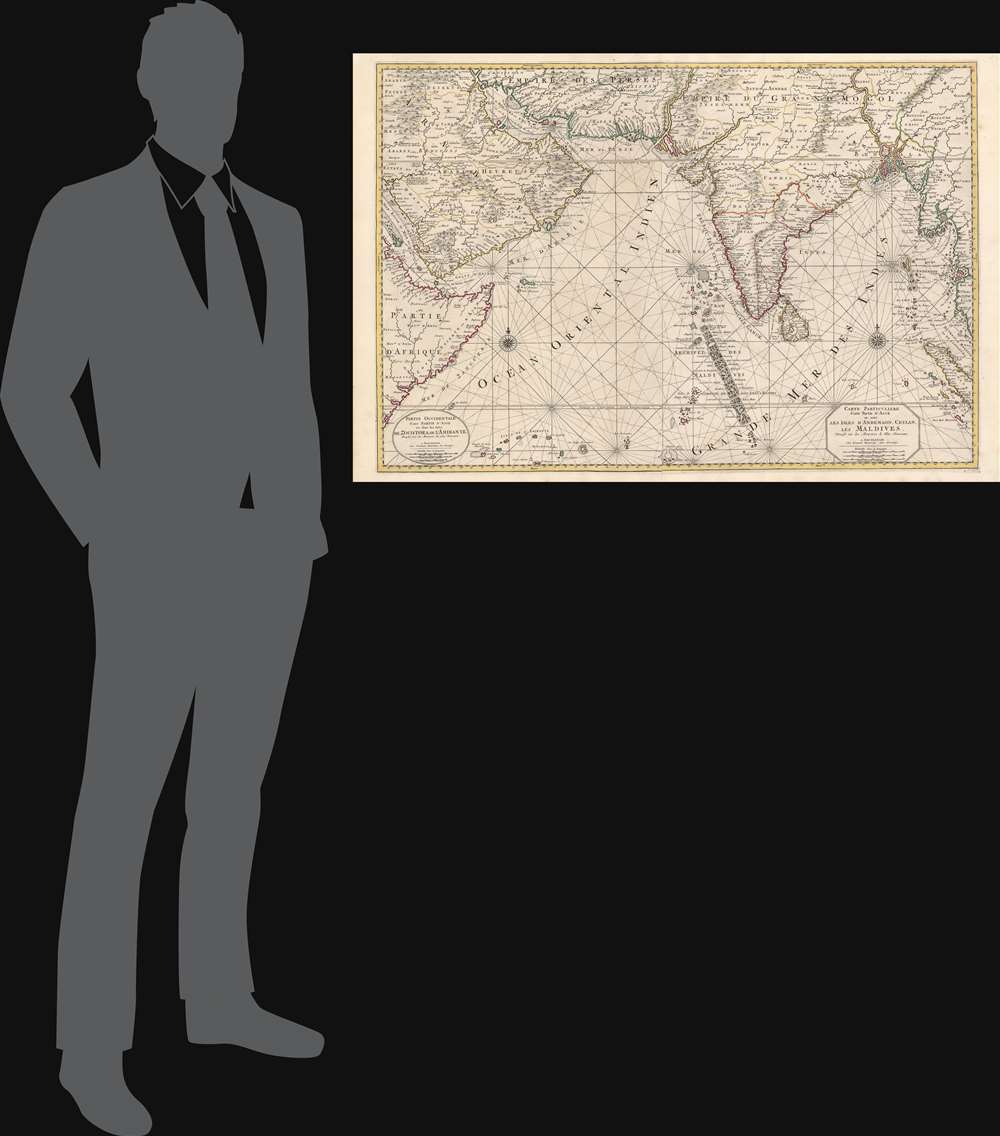 This is a superb, original-color example of Pierre Mortier's 1700 chart and map of the Indian Ocean. This grand, two-sheet engraving also maps the surrounding lands of eastern Africa, Arabia, Persia, India, and the Malay Peninsula. Countless islands include the Maldives, Sri Lanka, and Sumatra. As indicated by the presence of two separate cartouches, the two sheets could also be had as separate works: however, in Mortier's mammoth Neptune François they were frequently bound joined, as here.

The center of the map is dominated by the Mughal Empire, and many kingdoms of southern India are distinguished. To the east, the Kingdoms of Siam, Mataban, Pegu, and Tibet can be found. The western portion of the map foregrounds the Persian Safavid Empire. In the Arabian Peninsula (Arabie Heureuse) and Yemen (Grand Jaman) are recognizable. Mecca, Medina, and other key cities are also shown. The work's elegant engraving artfully balances the inland detail with rhumb lines and compass roses in the water areas of the work. Inland topographical features are indicated pictorially.

The seventeenth century had been characterized by Dutch domination of these waters, the East India Company having wrested control of them from the Portuguese in the first part of the century. By 1700, the Dutch hegemony in Asia was increasingly challenged by English, French, and even the Danish. Over the course of the 18th century India, especially, fell within the English sphere of influence. Consequently, future advances in the mapping and charting of these regions were carried out by English and French hydrographers.

This map was engraved by Pierre Mortier in 1700 for inclusion in hisNeptune François. The map is well represented institutionally and appears occasionally on the market.