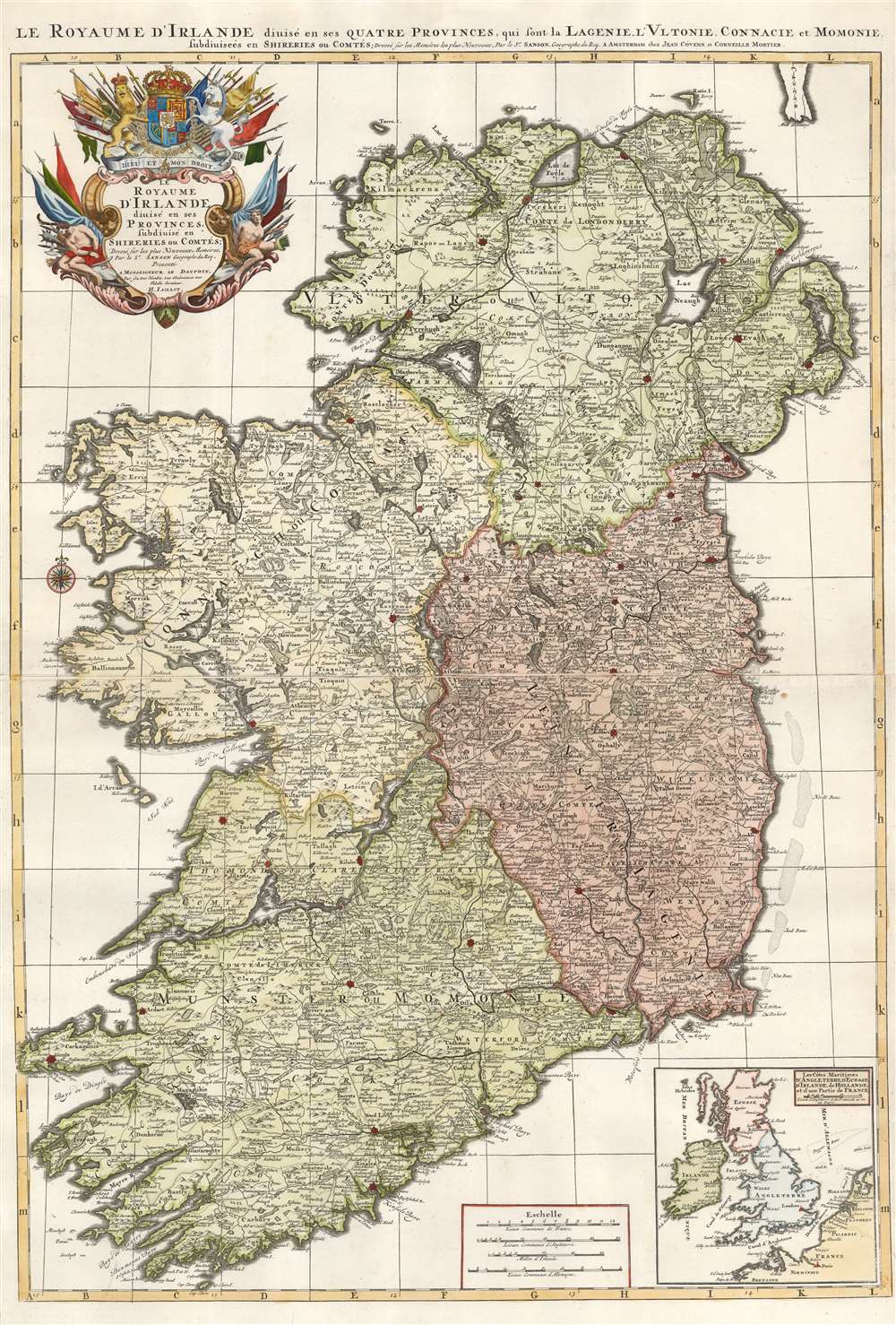 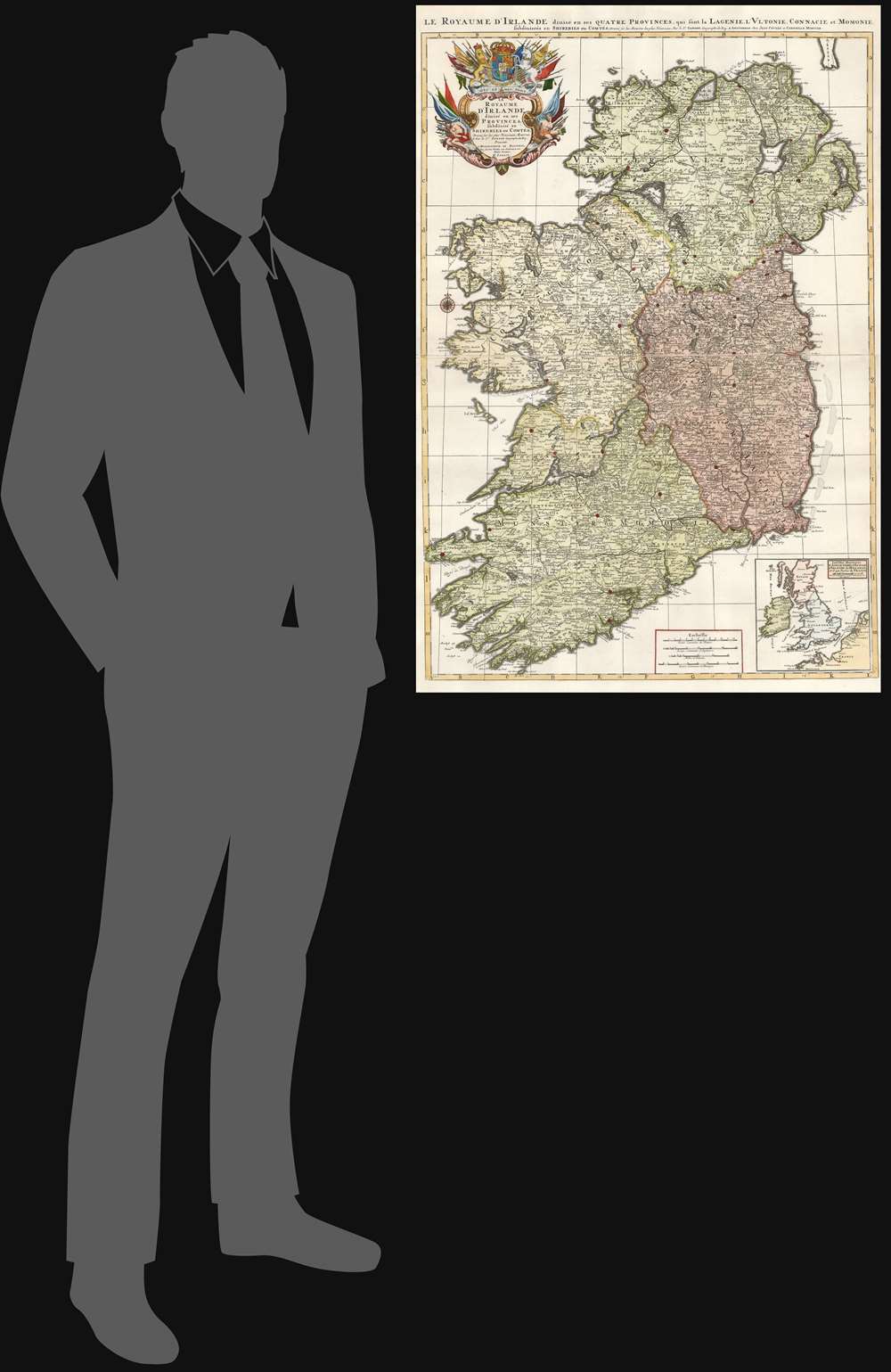 A most decorative early Map of Ireland.

Hubert Jaillot's 1693 map of Ireland is among the largest and most beautiful atlas maps of Ireland produced in the 17th century. A sculptor-turned-mapmaker, Jaillot's maps were mostly based on geographical scholarship of the great French mapmaker Nicolas Sanson. Where Sanson's maps tended to be Spartan academic works, Jaillot intended his maps to be 'Bel et Utilite', beautiful as well as informative. Also, while Sanson's maps were printed to single folio sheets or smaller formats, Jaillot printed his maps to two folio sheets, meant to be joined into impressive large-scale maps. The map is superbly detailed, with towns, cities, and roads plainly visible. Topography is shown pictorially. An inset map in the lower right situates Ireland in relation to England, France, and the Netherlands, placing the island in the context of the greater conflict.

Typical of Jaillot's output, the map is decorated with a richly ornate cartouche. It is surmounted by the arms of William III and Mary II, and backed with a spray of spears and cannon. Flanking the cartouche to the left and right are shackled prisoners. The martial imagery and these alarming and dismayed figures appear to refer to the Williamite War between 1688–1691, a proxy war between the Dutch Republic and France whose primary result was the further immiseration of the Irish populace.

Jaillot executed this map for his 1693 Atlas Nouveau. Although the maps were drawn in Paris, they were printed by Pierre Mortier in Amsterdam. Mortier continued to publish the atlas into the 18th century, and when the firm became Covens and Mortier it remained in production. Maps with the Covens and Mortier imprint generally date from 1730 and later. While we see no Covens editions of this map listed separately in OCLC, this is likely a flaw in university cataloguing rather than an indication of rarity. This map appears on the market from time to time.