1749 Vaugondy Map of the West Indies 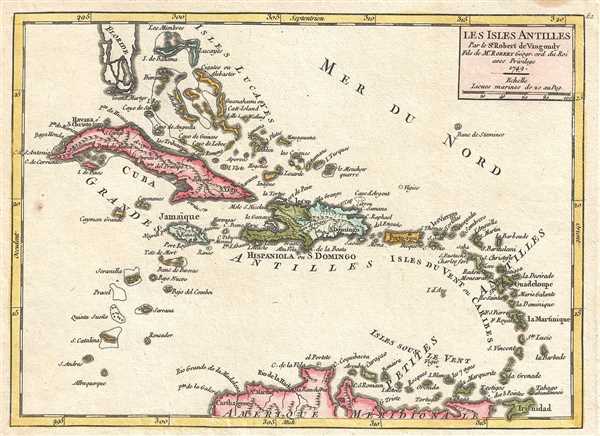 1749 Vaugondy Map of the West Indies

This is a hand colored 1749 Didier Robert de Vaugondy map of the West Indies. The map depicts from Cuba on the left to Trinidad and Barbados on the right and from Florida at the top to the northern coast of South America at the bottom border. The map depicts the West Indies in detail, depicting the Greater Antilles (Cuba, Jamaica, Puerto Rico, Hispaniola, and the Cayman Islands) and the Lesser Antilles, including Guadeloupe, Martinique, the Virgin Islands, St. Lucia, Barbados, Trinidad, and Curaçao. The map also depicts the Bahamas (Isles Lucayes). On the larger islands, cities and certain physical features are noted.