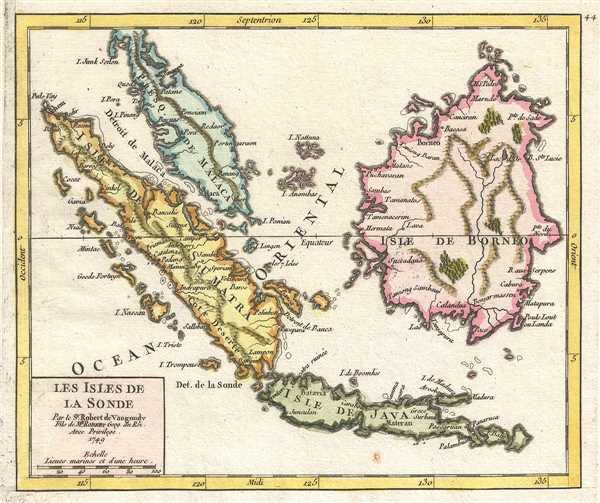 Attractive hand colored map of Indonesia and Malaysia, including the island of Singapore.

This is a hand colored 1749 Didier Robert de Vaugondy map of Indonesia and Malaysia, including Singapore (included by not labeled). The map depicts the extreme southern portion of the Malay peninsula, Singapore, Sumatra, Java, and Borneo. The coastline of Malaysia, Presq. de Malacca, is depicted in detail and several cities, including Malacca (Malaca). Singapore is depicted, although not labeled. The coastlines of Sumatra, Java, and Borneo are also depicted in detail, depicted inlets and islands along the coastlines. Mountain ranges are depicted on Sumatra and Borneo. Several cities, including Jakarta (Batavia) are depicted.