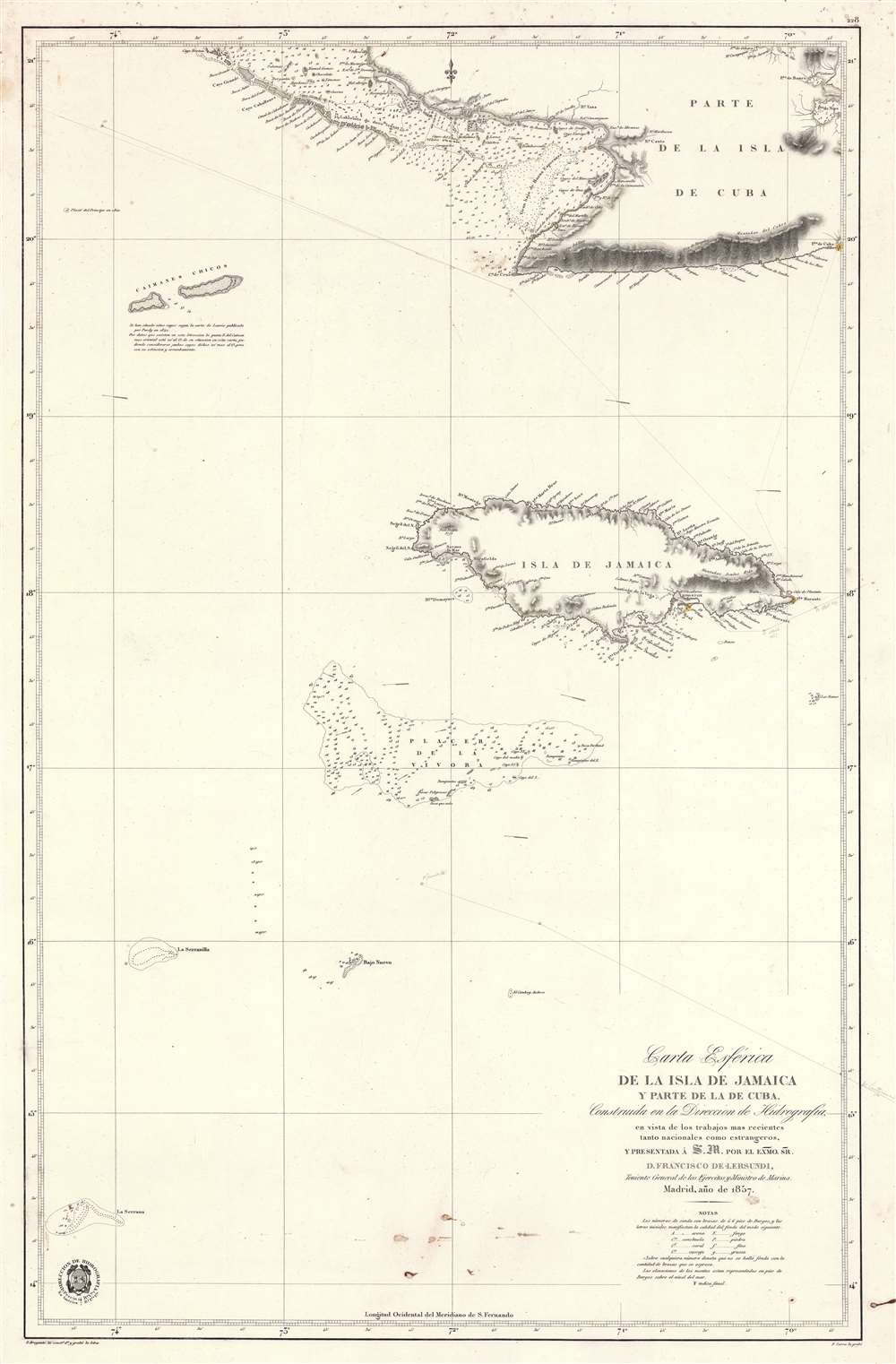 A scarce 1857 Dirección de Hidrografía nautical chart or maritime map of Jamaica, the Little Cayman Islands, and Southern Cuba. Centered on Pendro Bank (Vibora), the map extends as far north as Nipe Bay on Cuba's north coast, and as far west as Little Cayman. The seas to the south are largely empty, but the Serrana Bank atoll in the western Caribbean is noted.

The track of an unknown Spanish voyage that took place in April 1867 is traced. The voyage stops at Kingston, Jamaica, before proceeding westward along the south coast of Cuba. Another voyage - or perhaps the same voyage in February (either before or after) sails northwest towards the Placer de la Vivora, where it mysteriously terminates.

The map is centered on the Pedro Bank, named here Placer de la Vibora (Viper Bank), as Spanish mariners considered the layout similar to an undulating serpent. The emphasis on Pedro Bank here is no mistake. This was a busy shipping channel - note the voyage described hereon in manuscript approaches the bank, then seems to stop - what happened? Archeologists estimate that there are over 300 shipwrecks on the bank. Today it is popular with fishermen, snorkelers, and Scuba enthusiasts.

This map was published by the Spanish Dirección de Hidrografía in 1857. It was engraved by Francisco Bregante y Orbay and Pascual Serra y Mas. This chart is scarce. We note multiple entries in the OCLC, but none actually connected to a physical library - we believe most to reference the same digital file, apparently based upon an example from the American Geographical Society Library, now located at the University of Wisconsin-Milwaukee. Scarce on the market.

Very good. Minor soiling at bottom center and near title. Pencil annotations relating to an 1867 voyage.
Looking for a high-resolution scan of this?