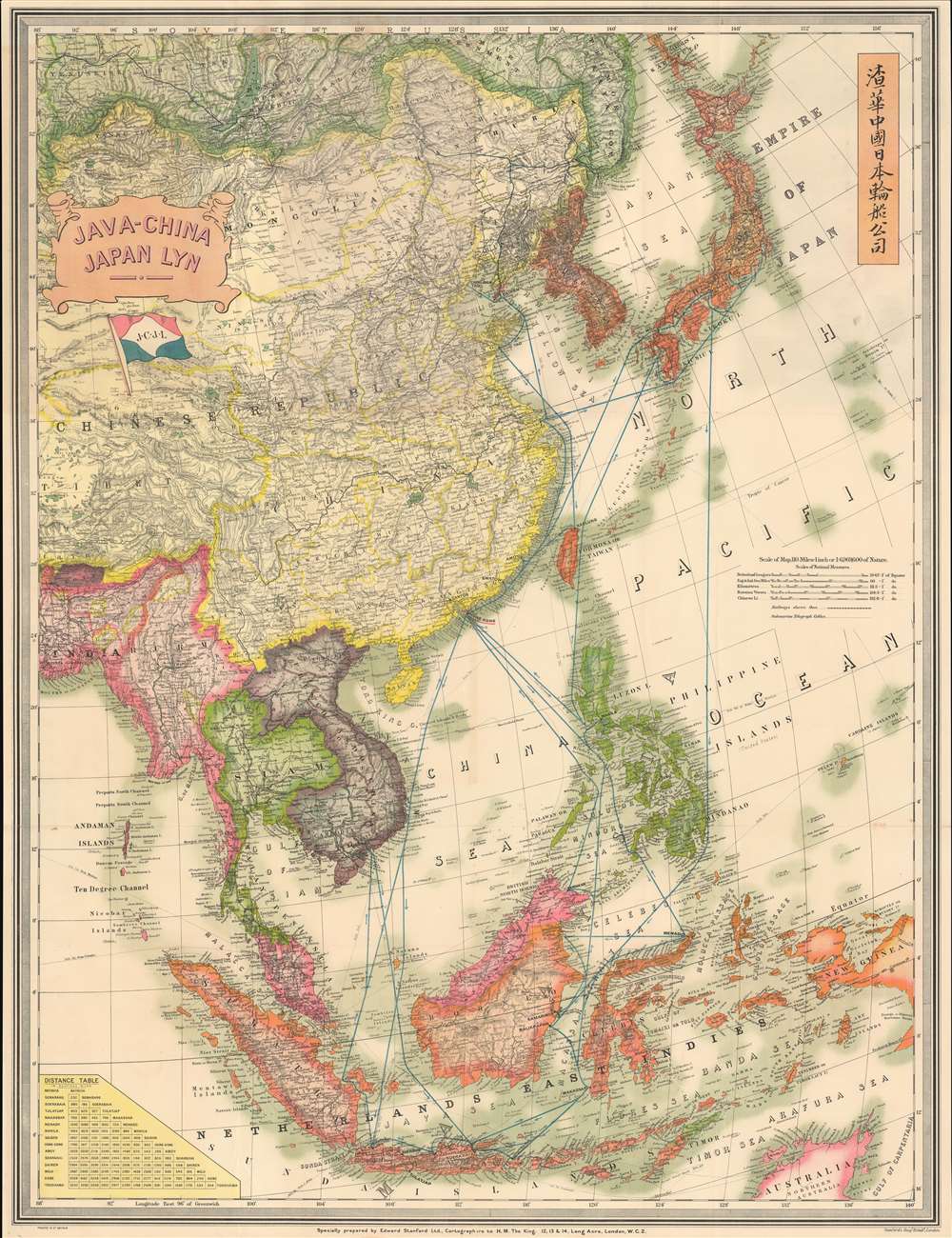 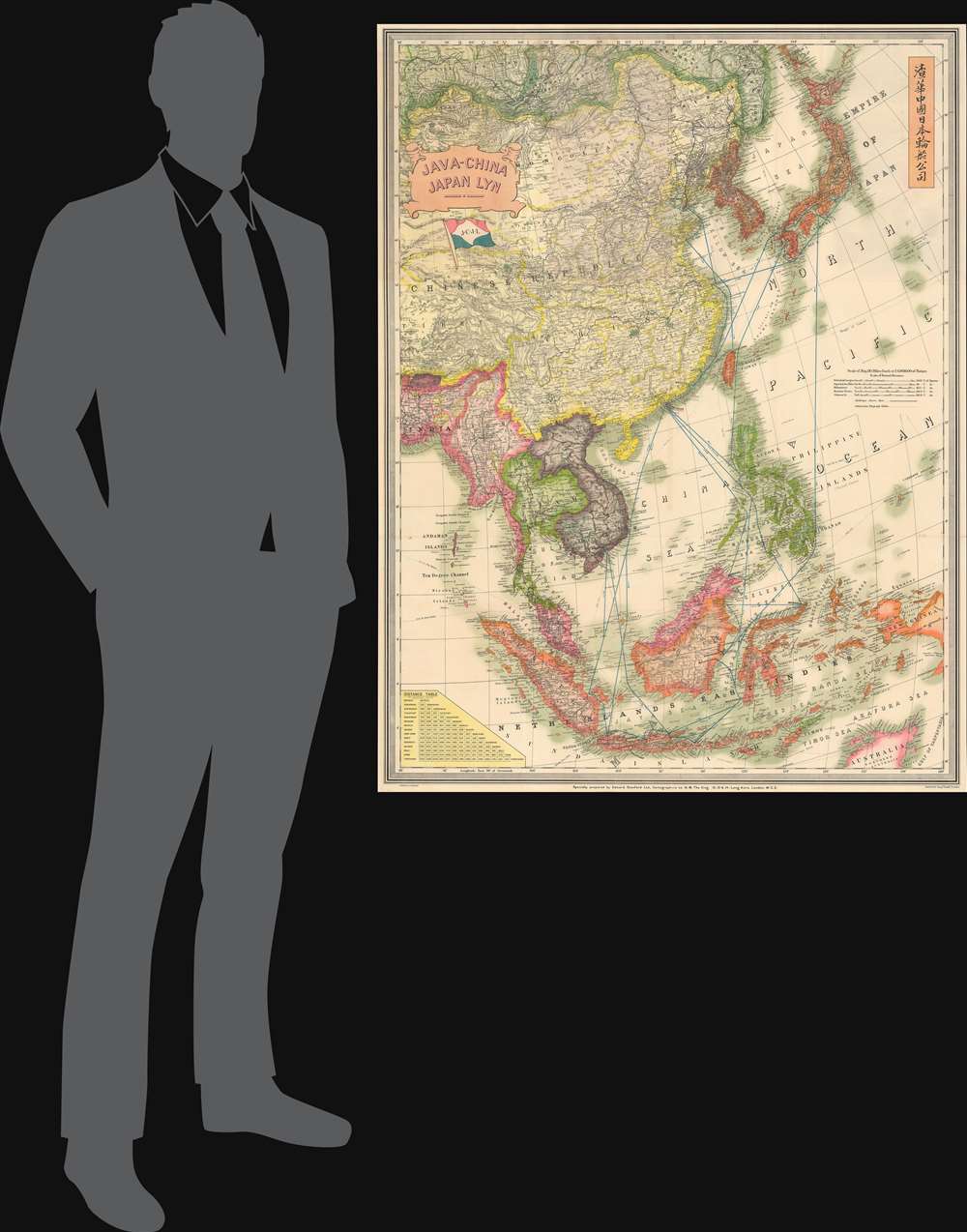 A dramatic large-scale c. 1930 Edward Stanford map promoting the Java-China Japan (JCJL) steamship line. Coverage extends from Mongolia to Java and northern Australia and from Burma to New Guinea, embracing China, Japan, Taiwan, Southeast Asia, the East Indies, and the Philippines. Blue lines trace the routes of the JCJL through the Yellow, China, and Java Seas.

The Java-China Japan Line was a Dutch shipping and passenger line in East and Southeast Asia founded in 1902 by Ernst Heldring (1871 - 1954). Heldring was also the founder of several other shipping companies serving the East Indies inter-island trade including Koninklijke Paketvaart Maatschappij (KPM), Stoomvaart Maatschappij Nederland (SMN) and Rotterdamsche Lloyd (RL). The firm maintained regular services, as illustrated here, between China, Japan, the Philippines, the East Indies, and French Indochina. Under a variety of names, it remained operational until 1970, when it merged with several other firms to from Nedlloyd. Java Road in Hong Kong is named after the line which had its headquarters there in the early 20th century.

This map was produced in London by Edward Stanford's Geographical Establishment - the premier mapmaker in early 20th century London. The map likely went through many iterations, of which we can find no clear breakdown. Based upon the shipping lines, we estimate this map to have been issued around 1930. An example is part of the David Rumsey Map Collection. We also note an example cataloged in OCLC which is part of the collection at Vrije Universiteit Amsterdam, although it is cataloged as c. 1918.

Very good. Attached to original cardboard boards. Minor wear and verso reinforcement on some of the original fold lines. Minor discoloration where attached to binder.