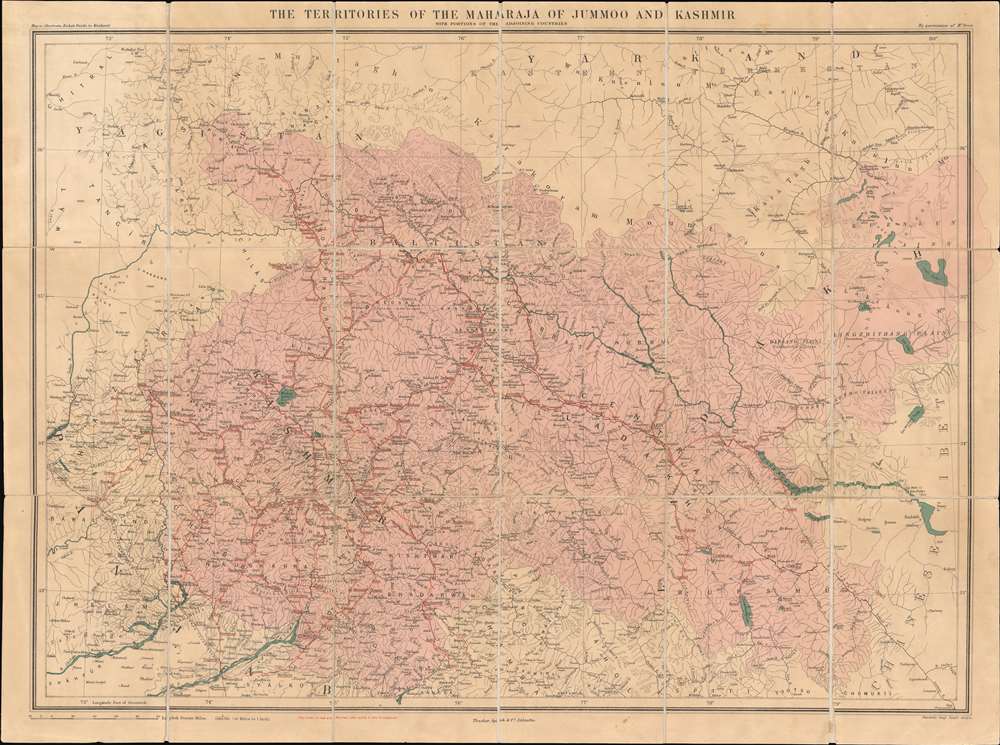 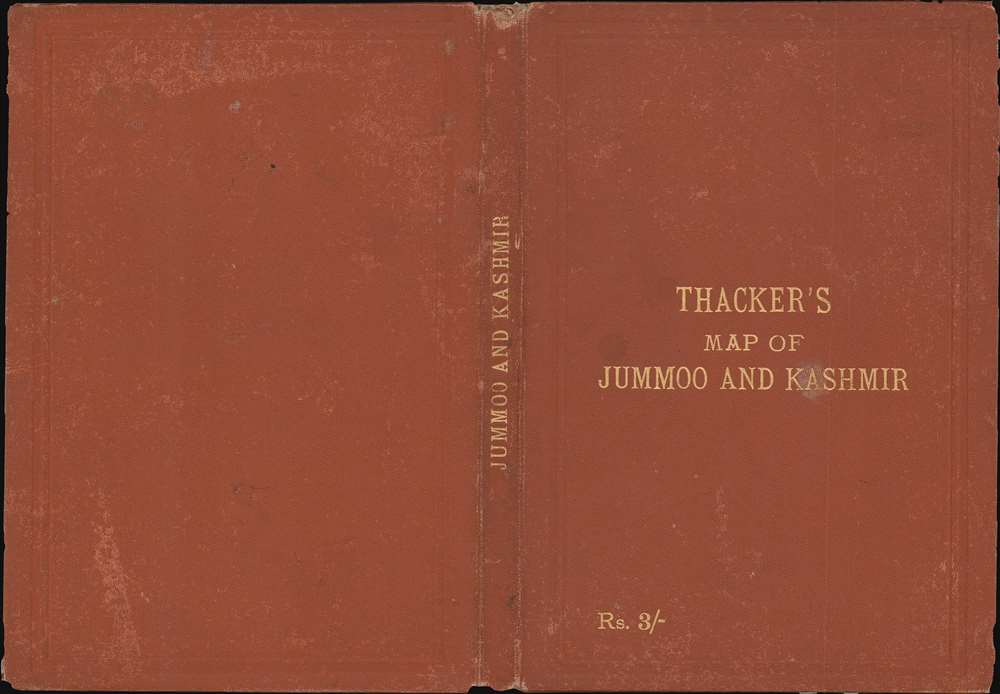 This is a separately issued 1903 Thacker, Spink, and Company map of the Jammu and Kashmir region in modern-day India and Pakistan, likely published in reaction to news of a plague outbreak in Kashmir. The map depicts region from Rawalpindi to Chinese Tibet and from Yarkand (modern-day western China) to Gujarat and Ramnagar. Created for Duke's Guide to Kashmir, this separately-issued edition retains the detail from Duke's Guide, including the red lines referencing routes promoted in the guidebook.

As the 'Jewel of the British Empire,' news from India arrived in Britain with relative speed. Edward Stanford, who published this map, successfully published maps for many years directly related to world news, hence this map, published in response to news of the outbreak.

The 1903 Plague Outbreak in Kashmir

Although provinces surrounding Kashmir suffered plague outbreaks from 1901 - 1903, the disease had, until November 1903, mostly avoided Kashmir itself. Government officials were able to trace the origin of the Kashmir outbreak to two servants traveling from an infected region. The individual was said to been asymptomatic when they arrived but nonetheless died within a week of entering Kashmir - a striking similary to the current coronavirus pandemic. Another striking similarity lies in the public reaction. People refused to believe the plague had come to Kashmir. Rumors flourished, the most popular being that the died for sin, not a disease. In a report concerning the outbreak, the official remarked,

In the carrying out of plague measures no help of any kind was received either from the people or their leaders. Every thing was done through official agencies. No heed was paid to the clamour of the people and measures which were thought right and suitable were carried out with a firm hand.

This map was created by Thacker, Spink, and Company and published by Edward Stanford in 1903. Scarce. Just three examples are cataloged in OCLC and are part of the institutional collections at the University of Michigan, Texas A and M University, and the National Library of Australia.

Thacker, Spink, and Company (c. 1863 - 1960) was a publishing company based in Calcutta and was the Indian office of Thacker and Company, which was based in London. They published Thacker's Bengal Directory from 1864 until 1884, which included parts of present-day Myanmar and Bangladesh. The directory was renamed Thacker's Indian Directory in 1885 and covered all of British India. They also published picture postcards Learn More...

Very good. Dissected and mounted on linen in eighteen (18) panels. Verso reinforcement to one linen fold line. Blank on verso.