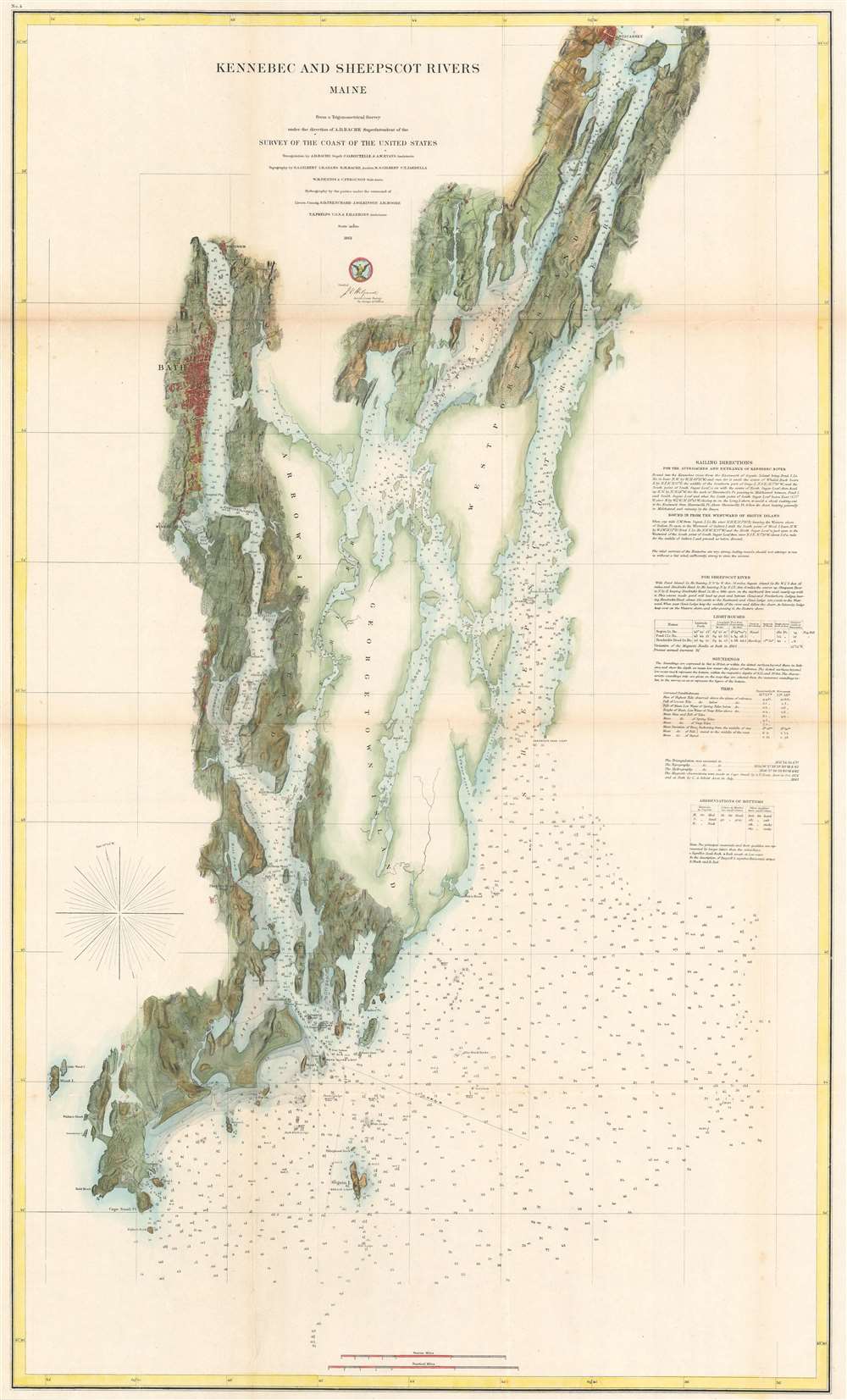 A wonderful nautical chart of the Kennebec River and Sheepscot River in Maine.

An uncommon and beautiful hand colored 1862 U.S. Coast Survey nautical chart or maritime map of the Kennebec River and Sheepscot River, as well as the adjacent city of Bath, Maine. This extraordinarily detailed map offers countless depth soundings throughout as well as considerable inland detail along the Kennebec and northern parts of the Sheepscot River. The town of Bath, Maine, is rendered in particular detail. Sailing directions, notes on soundings, tides, lighthouses, and other practical data for the mariner are situated along the right border.

The triangulation for this chart was completed by A.D. Bache, C. O. Boutelle, and A. W. Evans. The topography is the work of S. A. Gilbert, I. H. Adams, R. M. Bache, W. S. Gilbert, C. T. Jardella, W. H. Dennis, and C. Ferguson. The hydrography was accomplished by party under the command of S. D. Trenchard, J. Wilkinson, J. H. Moore, T.S. Phelps, and F. H. Gerdes. As this list suggests most of the great talents of the U.S. Coast Survey had a hand in the making of this chart. The whole was compiled under the direction of A. D. Bache, Superintendent of the Survey of the Coast of the United States and one of the most influential American cartographers of the 19th century.

Very good. Backed on archival tissue for stability. Wear and toning along original fold lines. Blank on verso.
Looking for a high-resolution scan of this?