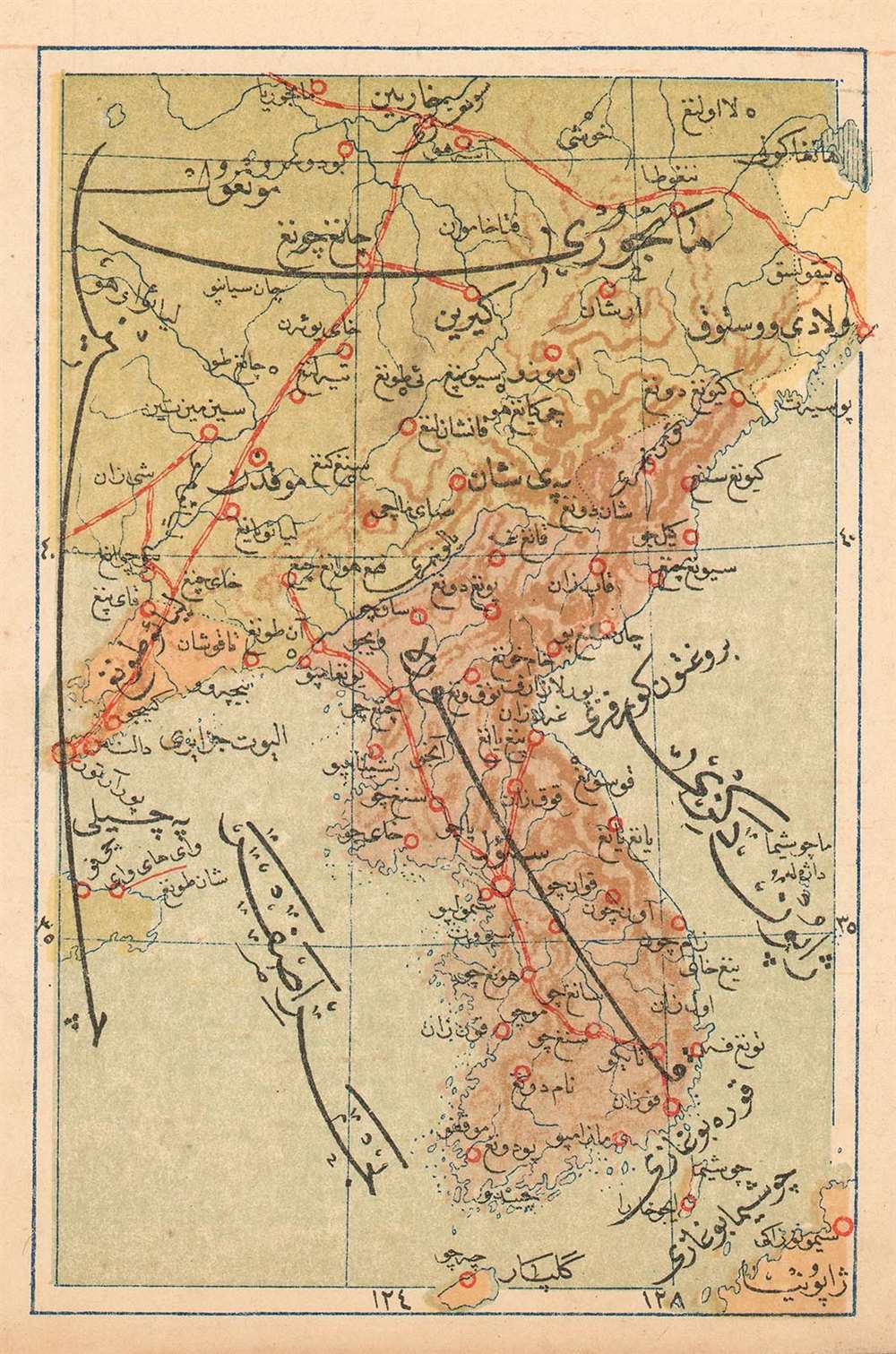 Likely the Only Printed Turkish Map of Korea, Capturing the Early Stages of Japanese Colonial Rule
$500.00

This is a 1909 Turkish map of Korea and Manchuria, produced by the educator and publisher Mehmet Eşref, It is certainly the first, and may be the only Turkish map of the region. Its publication reveals Korea and neighboring Manchuria at a critical historical period: just a year before Japanese colonial rule in Korea, and four years into the Japanese administration of southern Manchuria as the 'South Manchurian Railway Zone.' The latter (Mantetsu for short) was a large National Policy Company of Japan, formed in 1906 to operate the railways taken over from Russia at the end of the Russo-Japanese War. The map shows major railway lines linking Vladivostok, Harbin, and Dalian, which were the major trunk lines operated by Mantetsu. All titles and descriptive text is in Ottoman Turkish. National borders are indicated with color: Manchuria is in green, Korea in brown. Russian Free Port of Vladivostok is shown in yellow, while the Kwantung Leased Territory (acquired by Japan from China in the 1898 Treaty of Shimonoseki) is marked in pink. Chromolithograph.

Mehmet Esref (1846 or 1847-1912) was a Turkish educator and publisher active in the first part of the 20th century. He published several historical and educational atlases, all of which are rare on the market and contain many of the first Turkish maps of the regions they depict. Learn More...