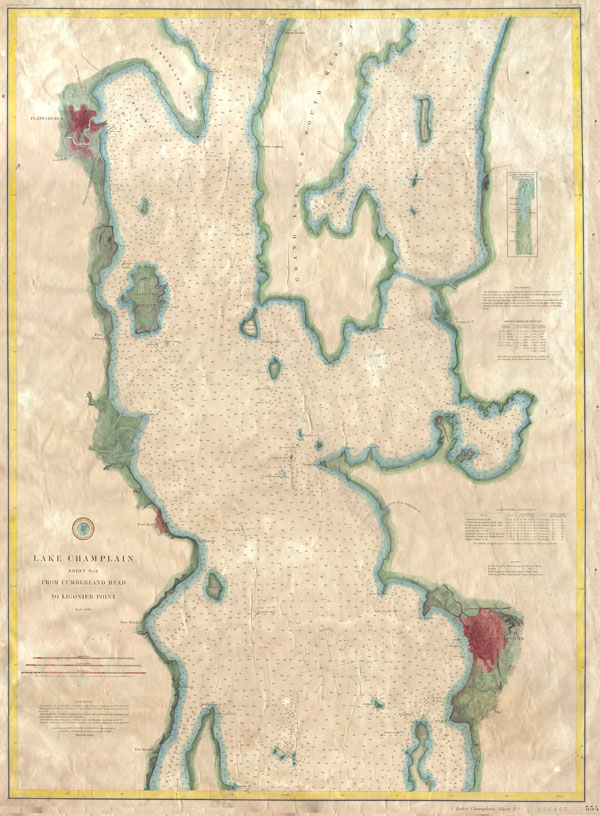 A rare hand colored 1874 coastal chart of the northern part of Lake Champlain from Cumberland Head to Ligonier Point. Includes the cities of Burlington, Vermont and Plattsburgh, New York. The map features sailing instructions and hundreds of depth soundings throughout. Unlike most maps published by the U.S.C.S., this map was never issued to be folded in a book. Rather, it is an extremely rare independent issue for actual nautical use. Backed with old linen. Published under the supervision of H. D. Ogden.