1899 'Boston and Maine' Map of Lake Memphremagog, Vermont, and Quebec 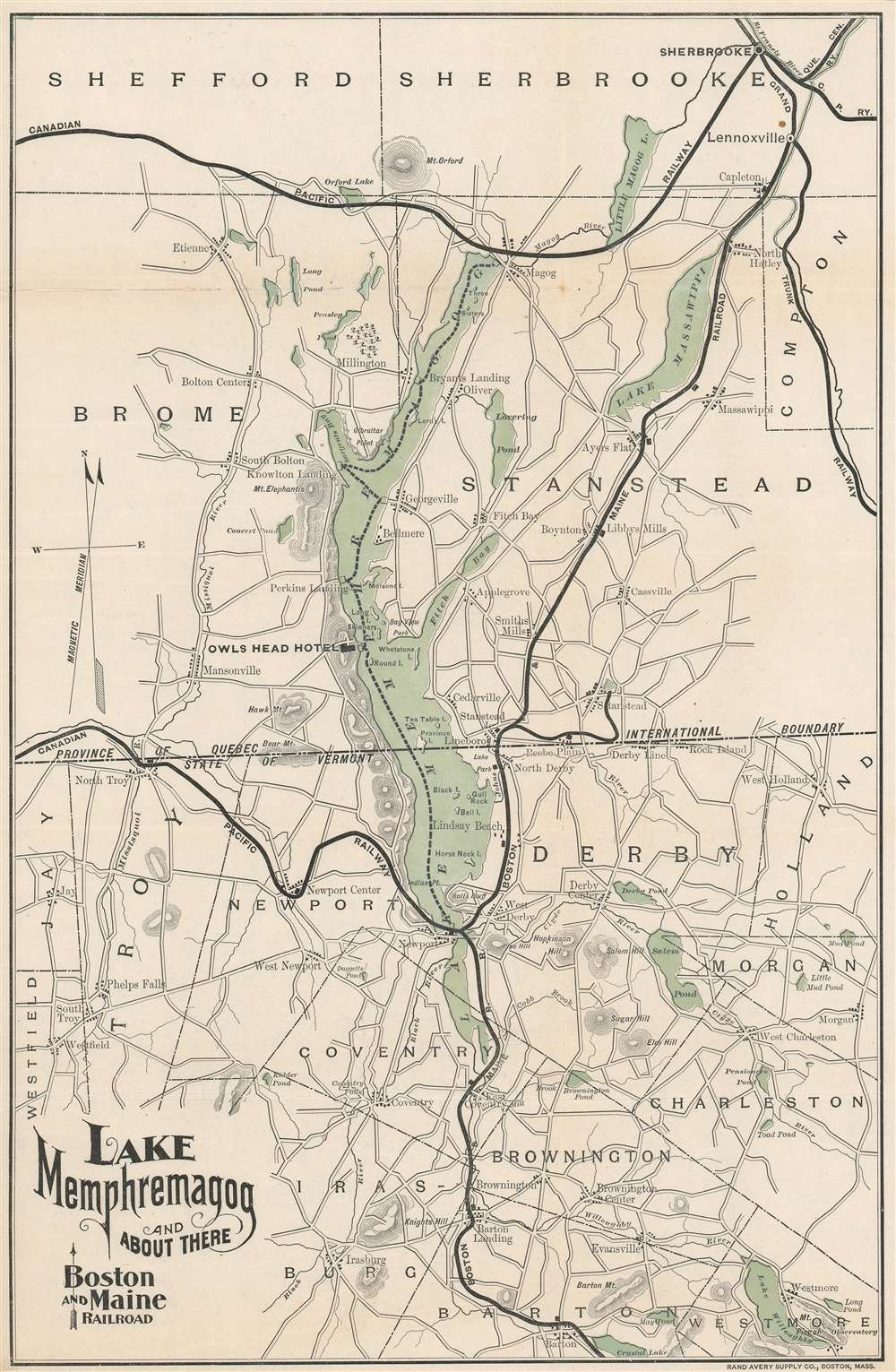 1899 'Boston and Maine' Map of Lake Memphremagog, Vermont, and Quebec

Home to Memphre, a cryptid akin to the Loch Ness Monster.

This is an 1899 Rand Avery Supply Company and Boston and Maine Railroad map of Lake Memphremagog. Lake Memphremagog stretches across the U.S.-Canada border between Newport, Vermont and Magog, Quebec, Canada. Thick black lines trace the Boston and Maine Railroad's lines in the area, as well as the Canadian Pacific Railway. Roads throughout are illustrated. Towns identified include Magog, Sherbrooke, and Newport. The Owls Head Hotel, a ski resort today, is prominently identified.

This map was created by the Rand Avery Supply Company and published by the Passenger Department of the Boston and Maine Railroad in the 1899 second edition of Boston and Maine Railroad. Summer Excursions to the White Mountains, Mount Desert, Montreal and Quebec, Winnepesaukee, Memphremagag, Rangleley and Moosehead Lakes, and the New England Beaches. Routes, Rates, Maps, Hotel and Boarding-House List, etc., etc.. The map appears in OCLC as part of the institutional collections at Cornell University and Harvard University. Scarce to the market.

Very good. Back on archival tissue for stability. Exhibits light wear and toning along original fold lines. Areas of infill evident along a fold line. Top margin extended in upper right corner. Very tight bottom margin. Blank on verso.
Looking for a high-resolution scan of this?