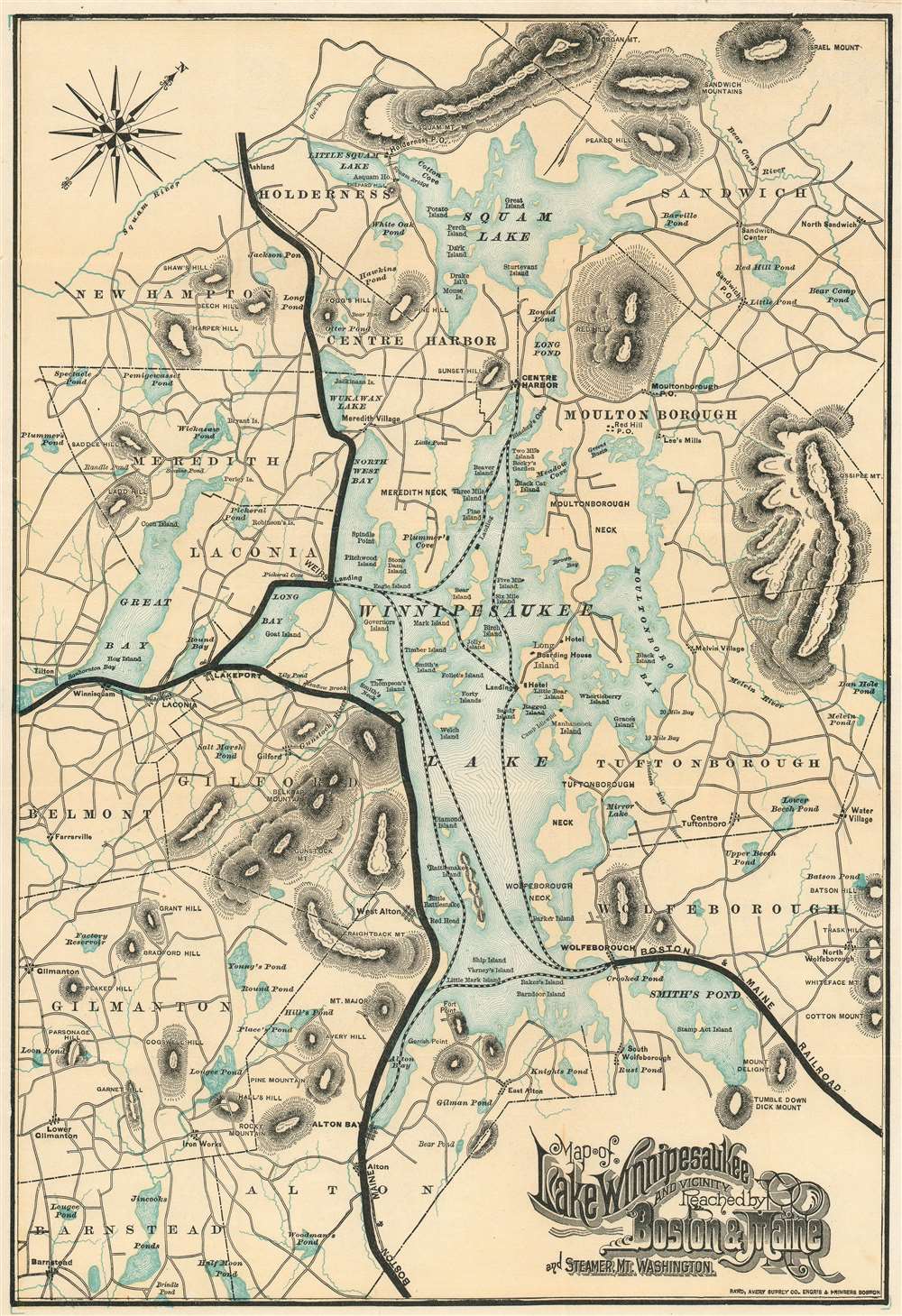 The largest lake in New Hampshire.

This map was created by the Rand Avery Supply Company and published by the Passenger Department of the Boston and Maine Railroad in the 1899 second edition of Boston and Maine Railroad. Summer Excursions to the White Mountains, Mount Desert, Montreal and Quebec, Winnepesaukee, Memphremagag, Rangleley and Moosehead Lakes, and the New England Beaches. Routes, Rates, Maps, Hotel and Boarding-House List, etc., etc. Two examples of the map are cataloged in OCLC as part of the institutional collections at Harvard University and Dartmouth College. Scarce to the market.