1786 Desnos and de la Tour Map of England and Wales 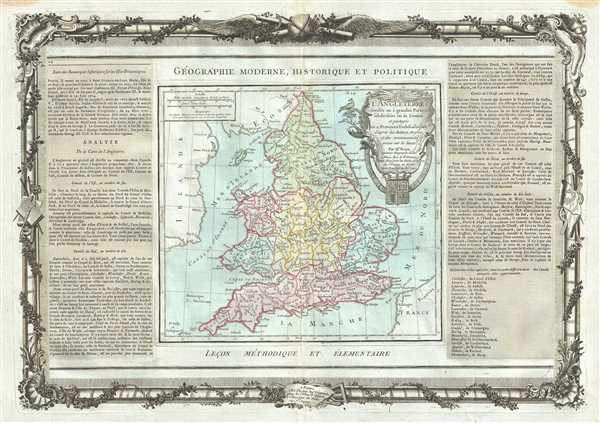 1786 Desnos and de la Tour Map of England and Wales

Depicts the counties and provinces of England.
$300.00

This is a nice 1786 map of England and Wales by the French Cartographer Louis Brion de la Tour. The map extends from Scotland south to the British Channel and depicts the 52 counties and major cities. Several important towns, cities, roads, rivers, lakes and other topographical features are noted.