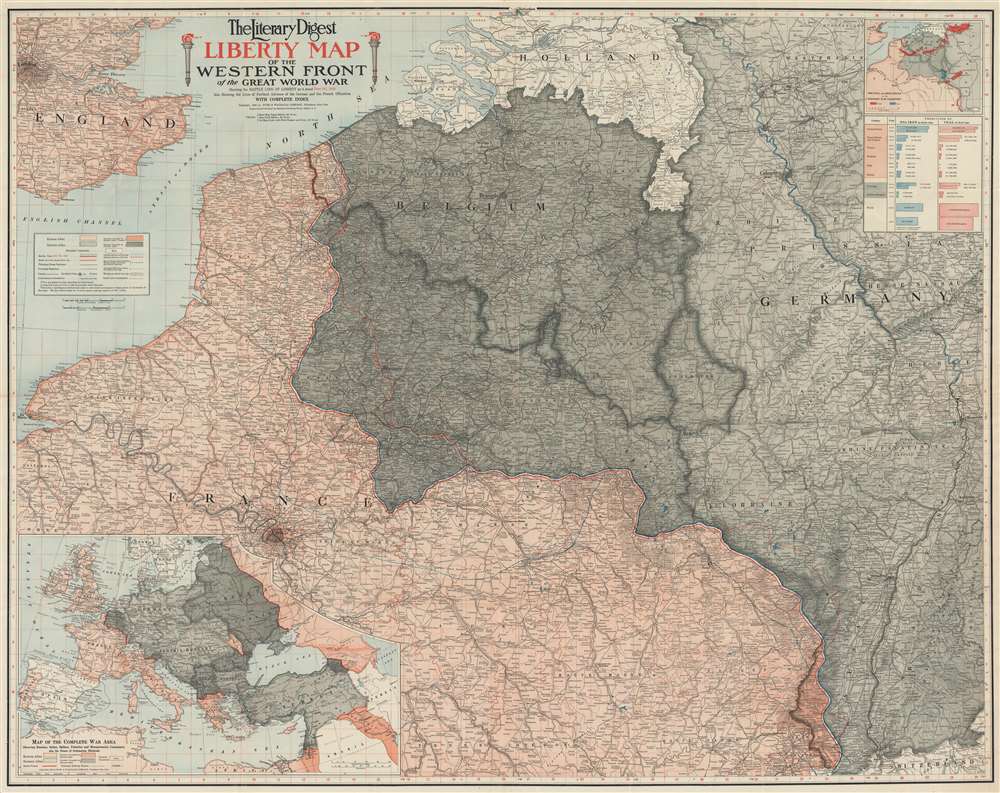 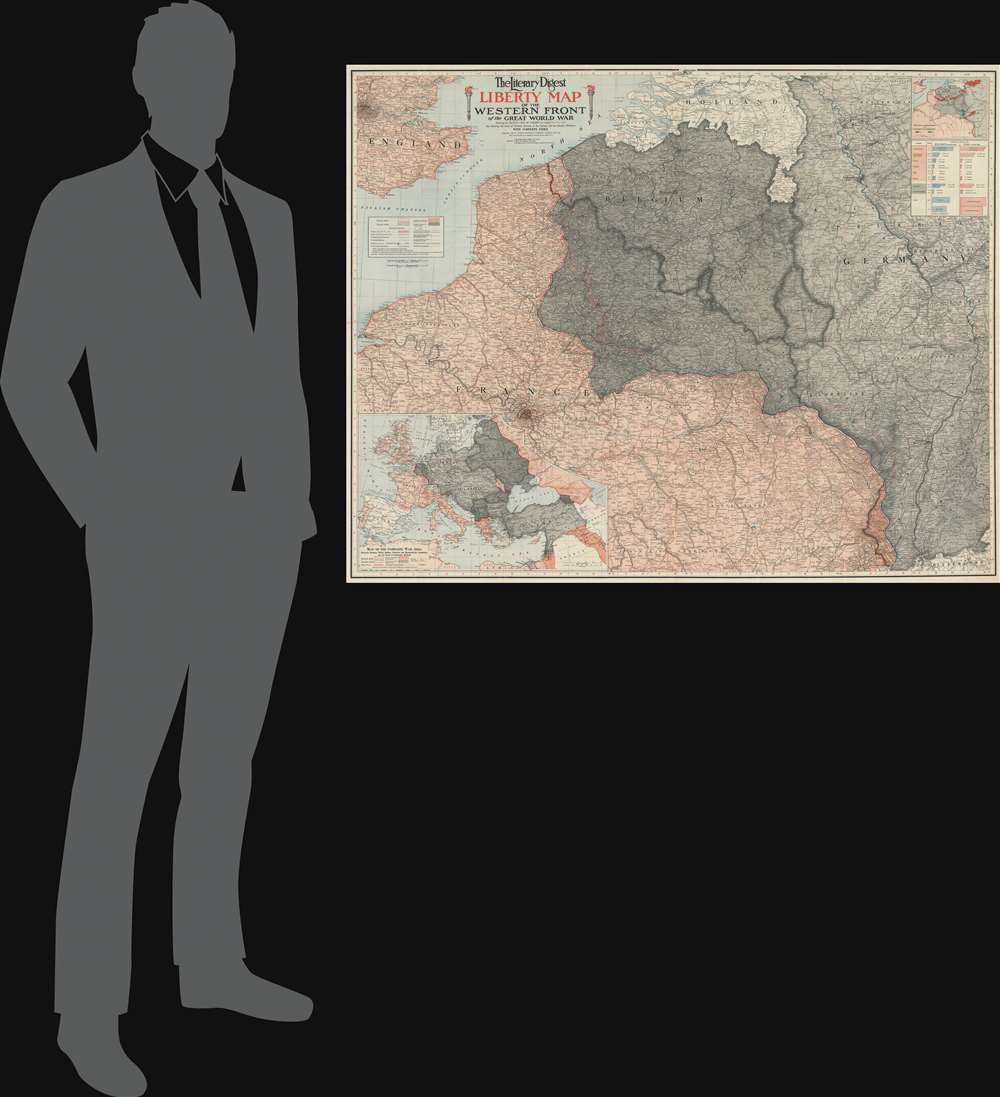 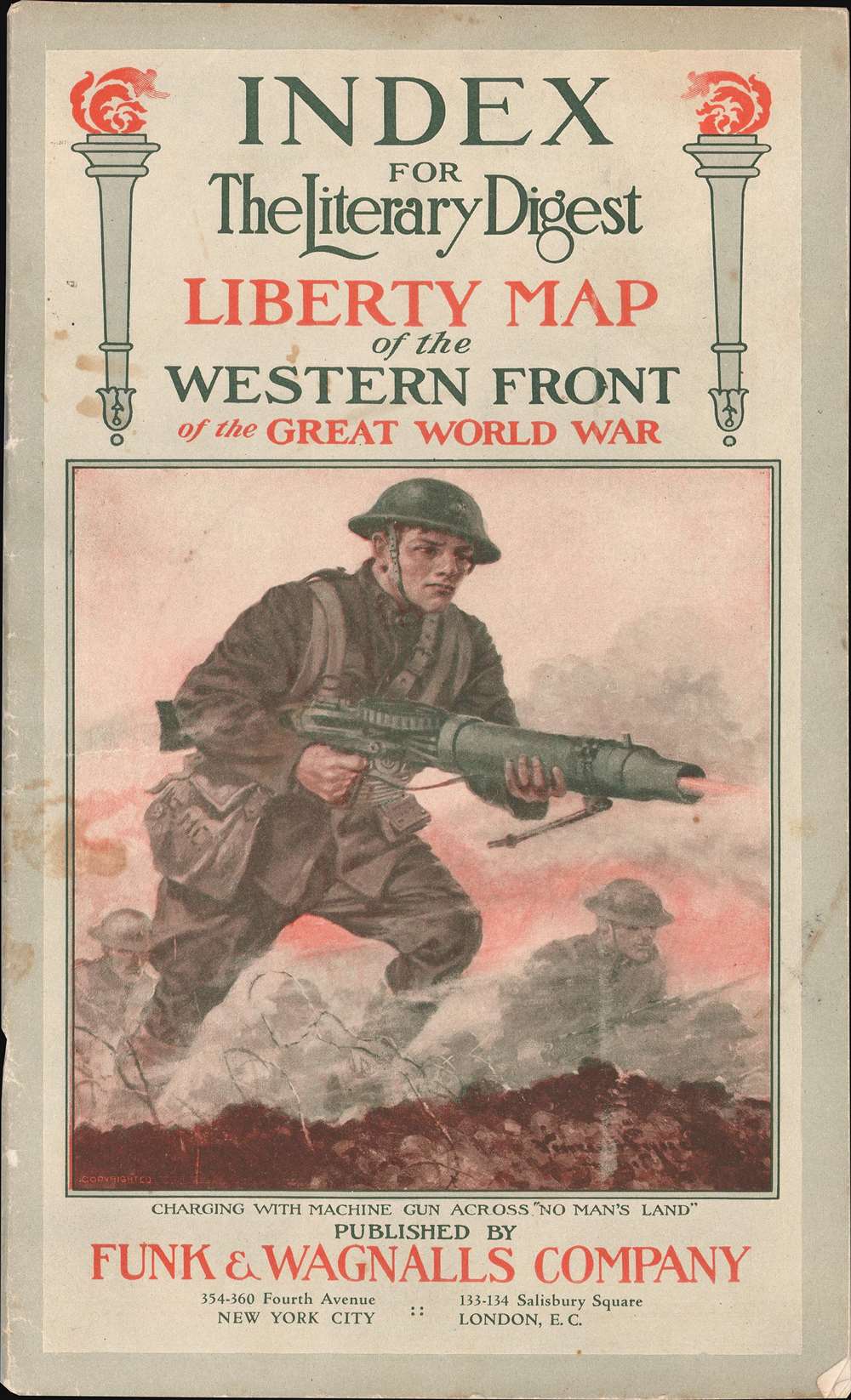 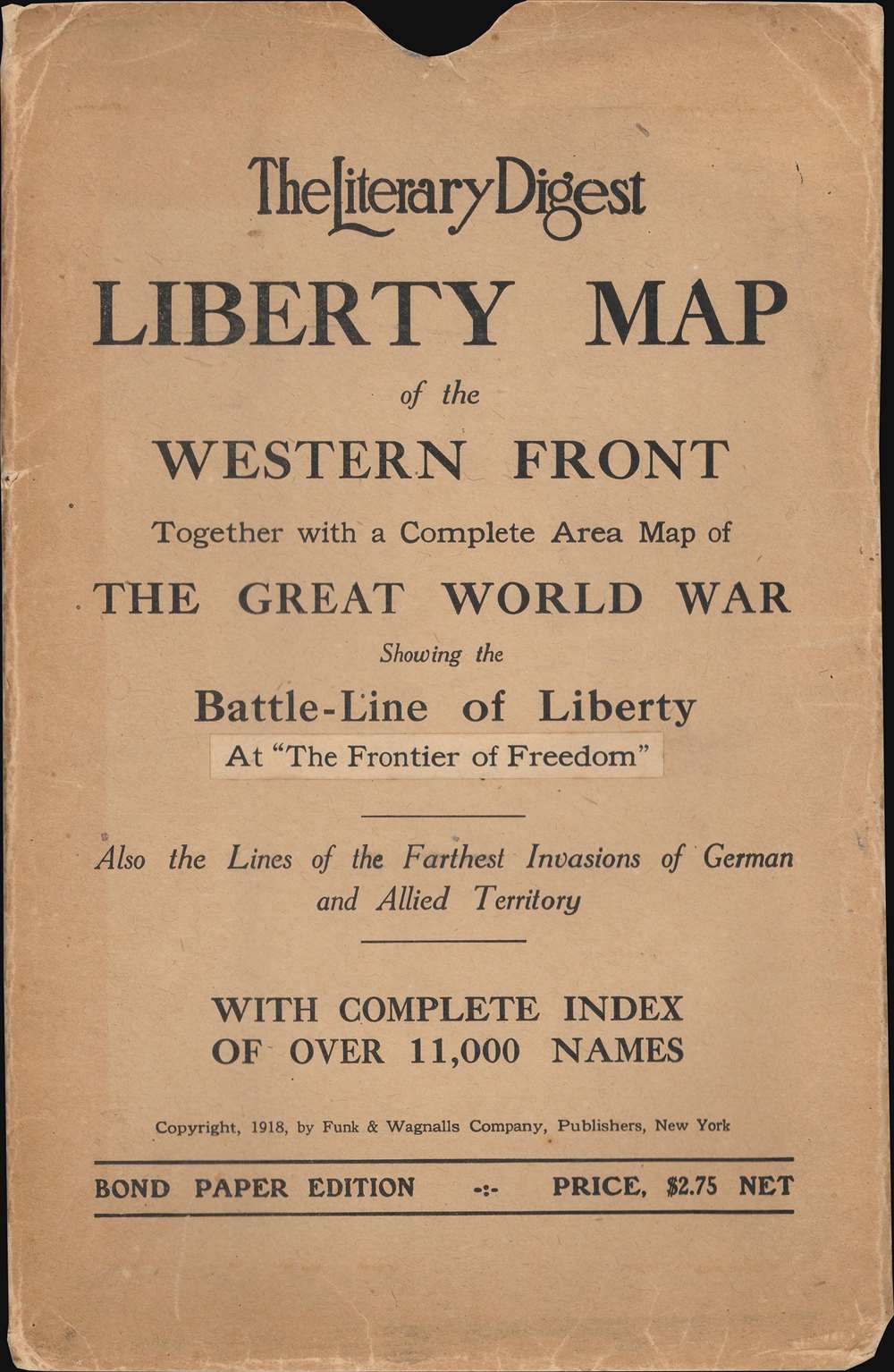 This is a 1918 Matthews-Northrup wall map of northern France, Belgium, Germany, and the surrounding region highlighting the World War I Western Front as of June 5, 1918. A tricolor blue, white, and red line (reminiscent of the French flag) traces the front from the North Sea to Switzerland through parts of western Belgium and northern France. Entente Powers (Britain and France) are shaded pink, while hues of gray fill in members of the 'Teutonic Allies' (Germany) or territory occupied by them (Belgium, Luxembourg, and northeastern France). A blue dashed line marks Germany's farthest advance, while a red dashed line illustrates the advancement of French forces. An accompanying index identifies over 11,000 place names. An inset in the upper right highlights coal and iron regions in occupied territory and Germany and a table just below it quantifies the production. An inset in the lower left corner depicts everywhere fighting was happening around the world. Red lines reinforce these disparate regions: northern France, Russia, Romania, northeastern Italy, Greece, Palestine, and modern-day Iraq.

This map was engraved and printed by Matthews-Northrup and copyrighted by Funk and Wagnalls in 1918. An empty OCLC reference exists for this piece, suggesting that a former cooperative member created the entry before withdrawing from OCLC. Several editions were published highlighting the battle line on the Western Front at different points in 1918. We have located editions dated to April 15, May 1, June 5 (present example), August 5, and September 5. We are aware of only one other example of the June 5 edition, held in a private collection.