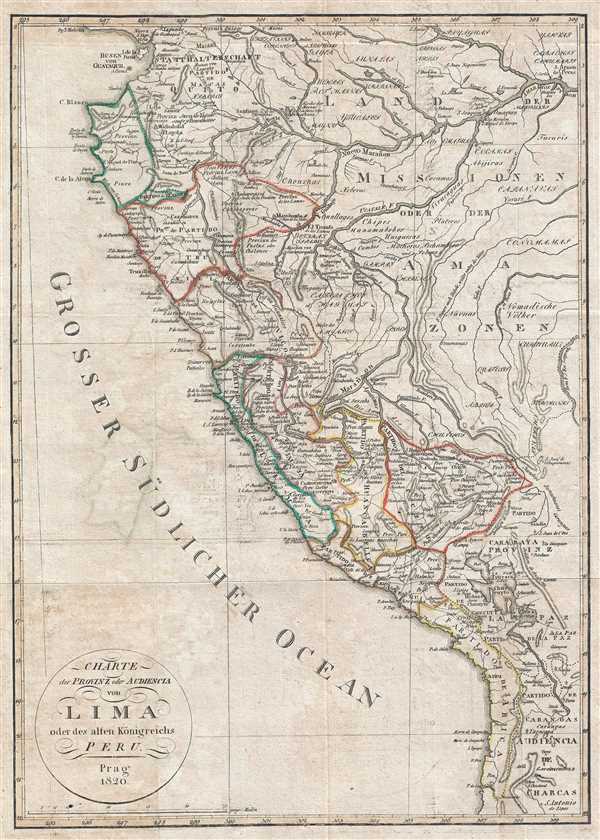 Includes a highly detailed depiction of the western Amazon basin.

This is an 1820 Franz Pluth map of Peru. The map depicts the region from the Pacific Ocean to the western Amazon Rainforest and from southern Ecuador to Bolivia and northern Chile. Highly detailed, numerous cities, towns, and villages are labeled, including Cuzco, La Paz, and Lima. Regions are separated by different colored borders and are labeled. The Amazon basin is depicted in detail, with the Marañon River, the Ucayale (Ucayali) River, and the Amazon River all labeled. Myriad smaller rivers and tributaries are also illustrated and labeled. The territories of several tribes are labeled throughout the map, with the majority in the Amazon basin. One such label is not even a tribe, but simply 'nomadic people' (Nomadische Völker). Lake Titicaca in modern day Peru and Bolivia is illustrated in detail.

This map was created by Franz Pluth in 1820.