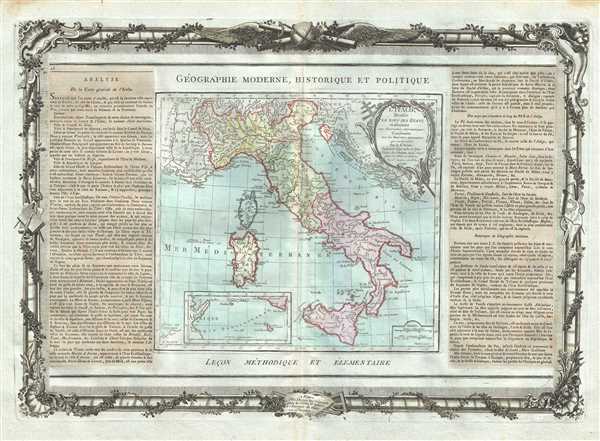 Map depicting Italy before its unification.
$350.00

This is an attractive 1786 map of Italy by Desnos and Brion de la Tour. It covers from Switzerland south to include all of Sicily. Sardinia and Corsica are also included. The map renders the entire region in extraordinary detail offering both topographical and political information. An inset in the lower left quadrant features Malta.

This map shows the Italian peninsula prior to its struggle for national solidarity which would emerge as a movement about 30 years later in the early 19th century. The peninsula is divided into numerous independent states, duchies, republics, kingdoms and, of course, the Papal States (States of the Church).