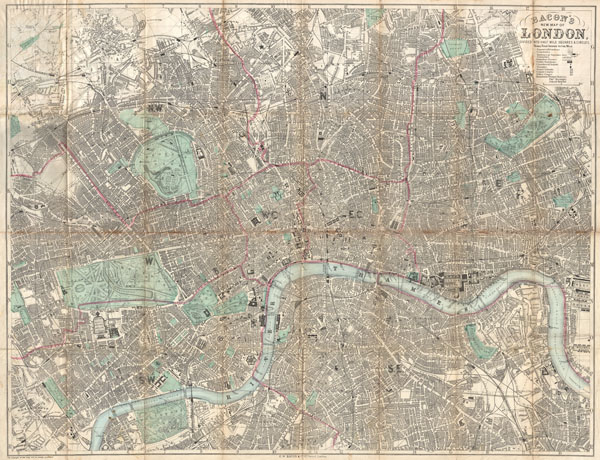 An extremely attractive c. 1890 traveler's pocket map of Victorian London, England. Covers central London on a scale of four inches to the mile - from West Kensington in the west across to the West India Docks in the east, and from Hampstead down to North Brixton and Camberwell. Offers extraordinary detail throughout noting streets, trains, ferries, docks, and important buildings. Parks are particularly well produced with superb detail on the interior. Concentric circles radiate out from Charing Cross to indicate half mile distances from the city center. Published by George Washington Bacon of 127 Strand, London.