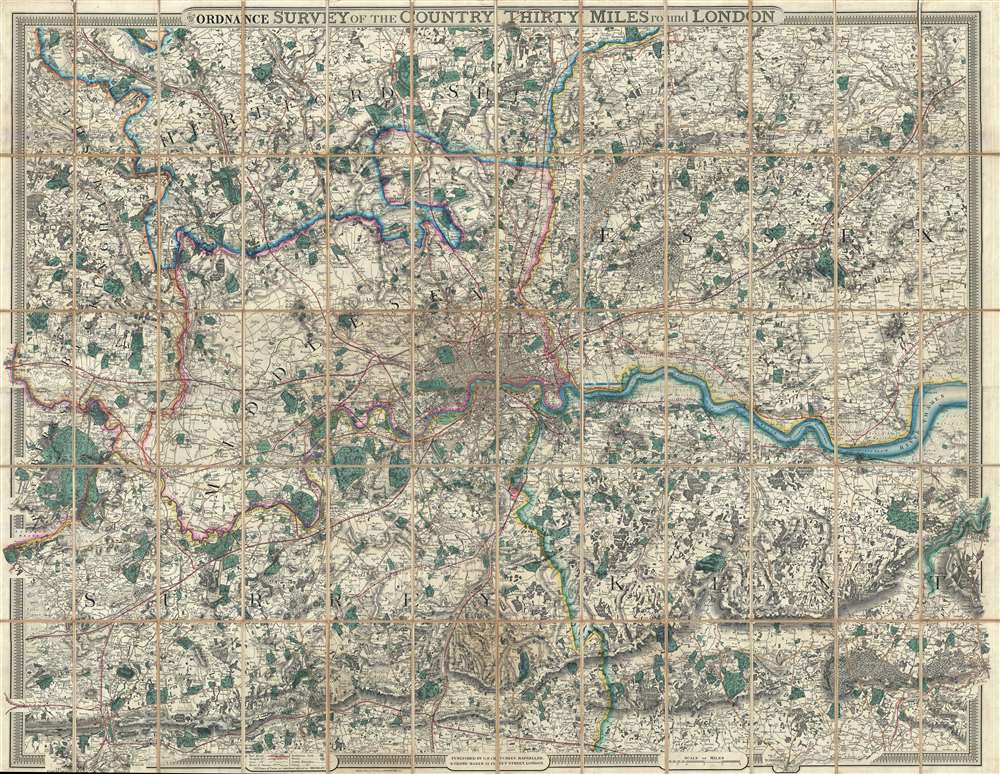 This is an uncommon 1855 George Frederick Cruchley map of London and its immediate environs. Presented here in case format, Cruchley's map depicts the area 30 miles around London, or from Hertford to Turnbridge and Godalming, and from Windsor to Chatham. Exceptionally vivid color work identifies counties, rail lines, roads, and forests. The detail throughout is extraordinary, with even such insignificant features as the ancient earthen embankments on Wimbledon Common illustrated. Similarly, market towns and market days are carefully identified throughout. Within London itself, Hyde Park, Kensington Gardens, Regent's Park, and the Tower of London are illustrated.

George Frederick Cruchley based this map on an earlier map issued by J. W. Froggett from 1831 to 1854. He must have acquired the map plates in that year, as the first Cruchley issue also dates to 1854. It was published from Cruchley's offices at 81 Fleet Street, London. Victorian map historian Ralph Hyde identifies six states of this map - of which this corresponds to none. The present edition is not noted in the catalogs of any of the major private or institutional collections that Hyde canvassed, signaling its exceptional rarity. Even so, although not mentioned by Hyde, the present example, based upon the date, must be considered the second edition, between Hyde 333-1 (1854) and 333-2 (1857).