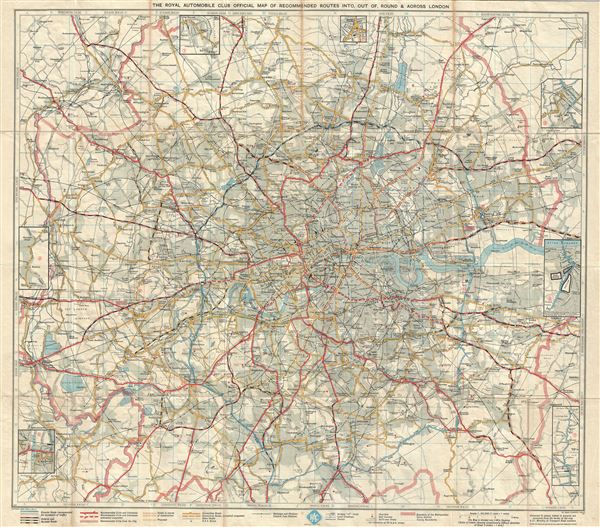 This is a stunning example of George Philip's 1947 folding pocket map of London and vicinity, England. It covers London and its neighborhoods in extensive detail. The map notes towns, counties, streets, parks, important buildings, railways, rivers, churches, gardens and several other topographical details. This map was prepared to indicate all routes, into, out of, across and around London, and notes bridges, canals, connecting roads, roads under construction, proposed roads, recommended exits and entrances and other important navigational information. A legend is included in the bottom margin. The map is accompanied by a 12 page booklet consisting of a street and place index. This is the official motoring map of Royal Automobile Club and is copyrighted by the George Philip & Sons Ltd.

Very good. Minor wear along original fold lines. Blank on verso. Accompanied by original binder with a 12 page place index booklet.
Looking for a high-resolution scan of this?