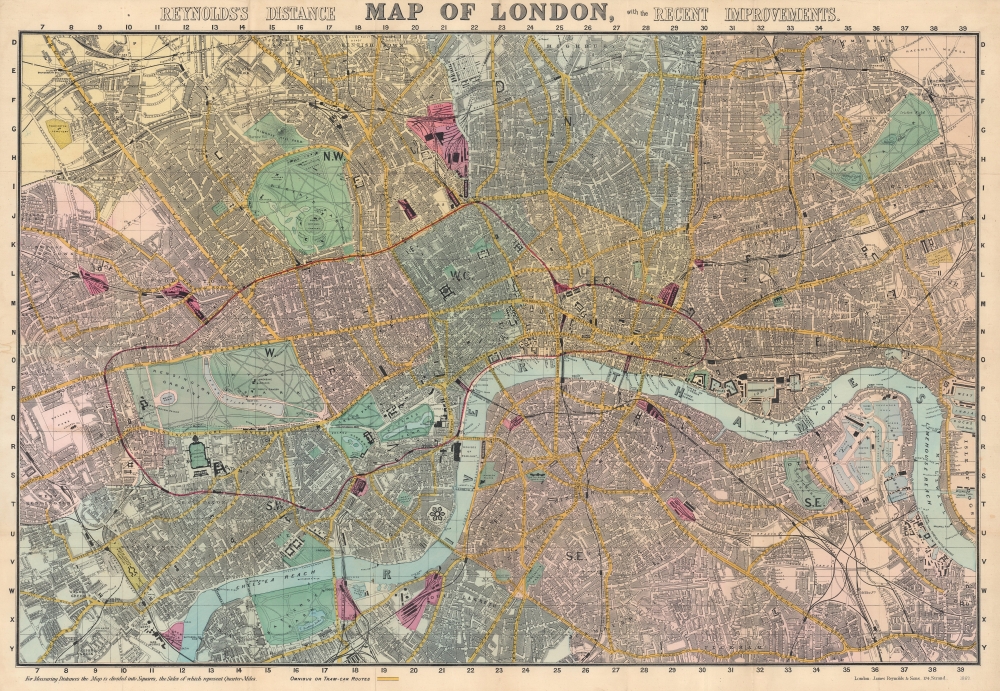 This is an 1887 James Reynolds city map of London. Centered on the Thames, coverage embraces London from Notting Hill and West Kensington to the West India Docks and the Isle of Dogs, and from Highbury and Kentish Town to Peckham and Battersea. A grid of quarter-mile squares is superimposed over the map, illustrating distances. Omnibus and tram-car routes are shaded yellow, while railroad stations are colored pink. Streets, parks, government buildings, rail stations, palaces, and churches are all labeled. Several specific sites are identified as well, including the British Museum, the Museum of Natural History, and the Royal Horticultural Gardens.

This map was created and published by James Reynolds and Sons in 1887. We note three cataloged examples of the 1887 edition in OCLC which are part of the collections at the University of Wisconsin - Milwaukee, Northern Michigan University, and the University of London Research Library Services Institute of Historical Research. Reynolds first issued this map in 1857 and it was updated annually to 1901, by which time Charles Smith and Sons had taken over the Reynolds firm.