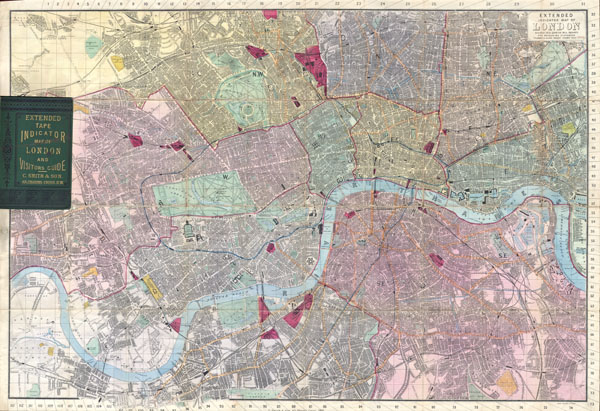 A large and attractive folding pocket format map of London England by C. Smith and son. This map is from the popular 'Tape Indicator' series that was published in numerous editions from the 1850 to the early 20th century. This beautiful large format map depicts the streets, waterways, trains and buildings of London in splendid hand colored detail. Folds into green linen binder with a stamped gilt title. Includes a 72 page booklet and street guide as well as the namesake 'Tape Indicator.' Dated along the bottom of the map, 1892.