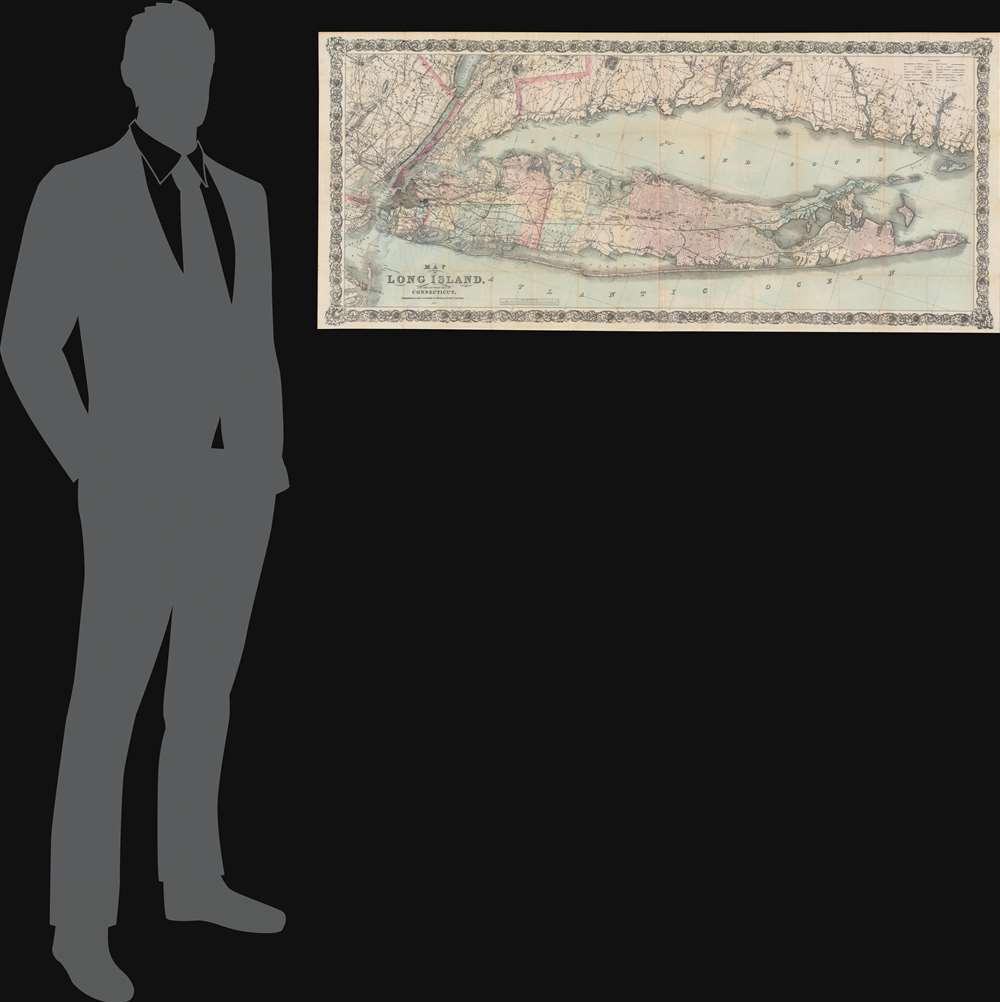 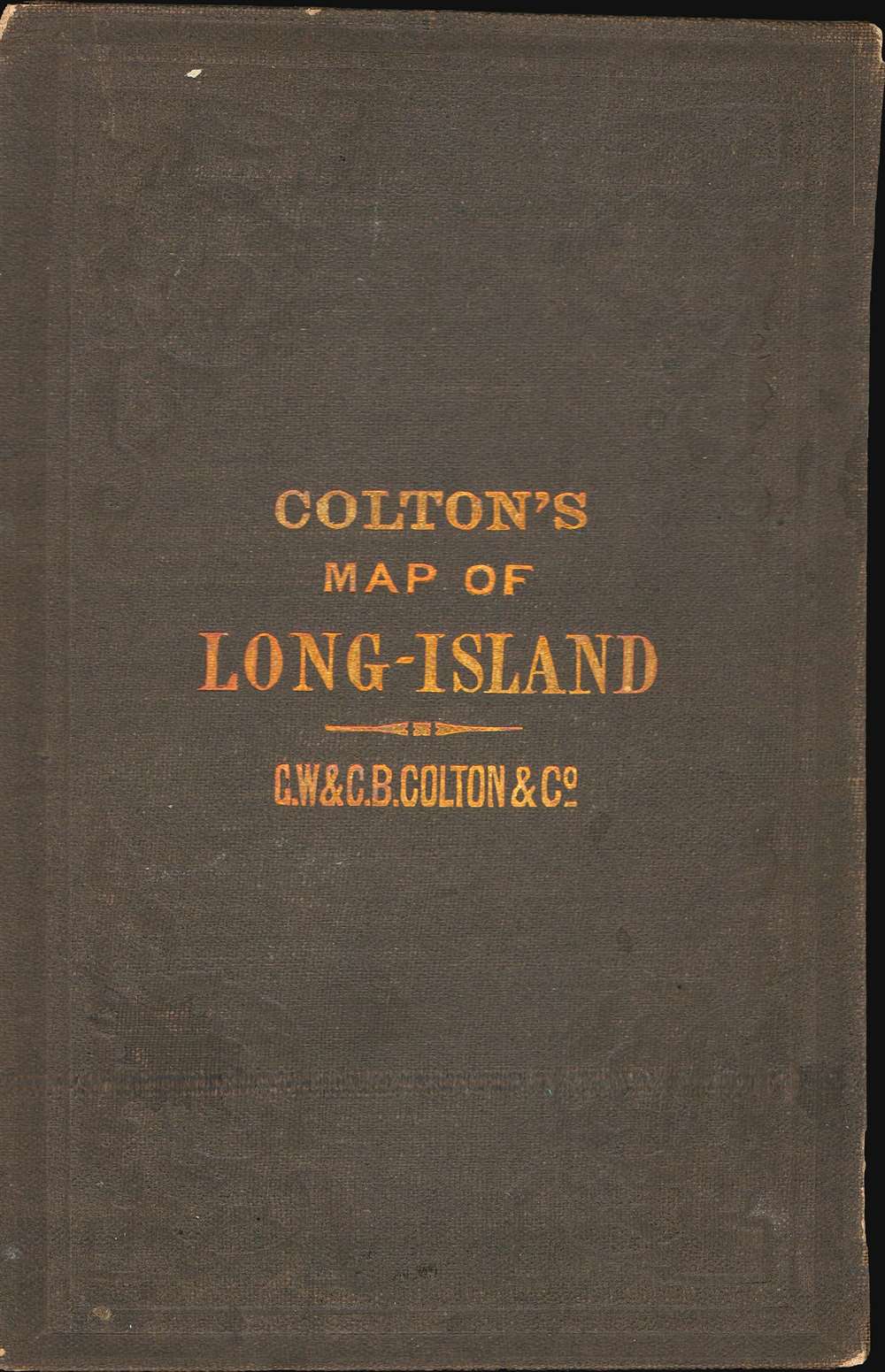 This is a grand, scarce, separately issued 1880 Colton map of Long Island, Long Island Sound, Southern Connecticut, and the New York City region. It is among the largest and most dramatic maps of Long Island produced in the 19th century. Colton's map covers the region from Pompton, New Jersey east to Fishers Island and Stonington, Connecticut; embracing the whole of Long Island. New York City, Westchester, and part of Staten Island are included as well.

Pocket Maps for the Traveler

From Colton's earliest forays into the mapping of Long Island, he produced pocket format maps designed for stage travelers and for commuters on the rapidly developing Long Island Railroad (LIRR). The construction of the LIRR, in combination with the increasingly expensive and unsanitary conditions of Manhattan, spurred massive emigration to all parts of Long Island. Around 1862, recognizing the need for a large-scale high-quality map of Long Island, Colton redrew his rather small 'Traveler's Map' on a significantly larger and more dramatic scale, culminating in this map - which includes the LIRR lines to Port Jefferson and Greenport on the North Fork. The Hampton resort towns of Bridgehampton, Southampton, East Hampton, Amagansett, and Wainscott, all then sleepy fishing and farming communities, are well represented.

The map, embellished with its decorative border, is brightly colored to distinguish counties. As mentioned, roads and railroads are abundantly detailed. Also illustrated are canals, post offices, toll gates, and other useful features. Street grids are depicted in Manhattan, Brooklyn, Flushing, and Hoboken, reflecting the area's growing population. 'Fire Island Inlet,' and the Fire Island Lighthouse appear at the western end of the Great South Beach barrier island, part of which is now called Fire Island.

J. H. Colton first issued this map in 1870 and continued to update it as Long Island developed until about 1887. There are also several Colton maps with the same title, although on a different scale with slightly different cartography - including a variant without a border. Despite a long and varied print run, this map is today quite scarce. We see seven likely examples in institutional collections: 1862, 1863, 1870, 1871, 1877, and 1883. We find no catalogued examples of this 1880 edition.